And still they come

They last two days have seen a remarkable southward migration of hirundines, mainly House Martins, over much of south-east England. I was lucky enough to cash in at Thorncombe Street, though I was certainly left feeling I could have logged many more if further eyes and time were available.


In recent years there has tended to be a large hirundine push in this part of the world between roughly 20 and 24 September. For me, it began after the south-east wind broke down early on Sunday morning, with 408 House Martins and 81 Swallows powering south over Tilsey Farm in between showers. Some of the flocks were big (80+) and at least 300 birds had to go down as ‘hirundine sp’.

A Yellow Wagtail and the highest Meadow Pipit count of the season (a pitiful 109) were the other highlights. Contented with a respectable haul, I headed home. It was only then that messages from friends in the local area told of big pushes elsewhere, with numbers rising into the early afternoon. Unfortunately I had other things to be doing, but later on, after looking outside and seeing a steady stream of hirundines bombing south down the River Wey, I knew I had to return to patch.


There, on Allden’s Hill, I experienced possibly the most enthralling migration spectacle I’ve had the privilege to witness locally. It wasn’t a huge count per say, but from 2 pm to 4.30 pm there was a constant stream of hirundines, piling south down the valley. 943 House Martins and 188 Swallows were the final figures – by no means whopper counts, but it was the relentless flow of birds that was truly astounding.

This morning I only had a couple of hours, and while 102 House Martins buzzed south over The Ridge, things were only picking up towards the end of the watch. I’m sure, if I had the whole day today or indeed yesterday, some serious figures would’ve been managed. There must have been tens of thousands passing south over Surrey.


My total for Sunday was 1,361 House Martins and 269 Swallows. The former is a site record count, but pales in comparison to the monstrous figure of 3,175 south over Tweseldown Hill, near Farnham, this morning (1,700 in 20 minutes!). Other impressive counts included 800+ over Shalford this morning (per Kit), 600+ over Capel yesterday (Wes) and 1000+ over Dorking yesterday (Mark D).

All these, including the Tweseldown haul, tie in pleasingly to my thoughts on hirundines and pipits following the river valley gaps in the North Downs north-south – the big numbers were over said gaps (Tweseldown wasn’t mentioned in my big post as it’s not in Surrey), while other locations in Surrey seemed to record far fewer birds. I suspect if someone was standing at Shalford/Thorncombe Street or Leith Hill/Ranmore/Box Hill yesterday or today, a new Surrey record may have been achieved.


It seems weather is more important than geographic landmarks, though – all these pushes came with a breezy headwind (south/south-west) and in between showers. Making sense of Surrey migration and the weather is best saved for another day, though!

Such a migration spectacle was most welcome after a slow month for vis-mig, with the long spell of high pressure meaning decent watches have been few and far between this September. As mentioned, it’s been poor for mipits, with wagtail numbers also somewhat low. Still, there’s a long way to go until autumn is done. 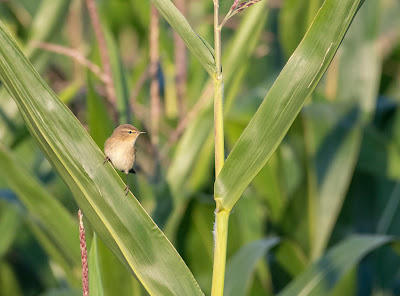 There has been a few other bits of note over the last few days. On Thursday, Steve and I enjoyed a ringing session at Bonhurst dominated by first-year birds (two of 25 processed were adults), with plenty going on around the farm: a couple of Hobbies were overhead, two Skylarks thought about dropping into the large meadow and, oddly, a Lesser Spotted Woodpecker flew over one of the nets.

A brief male Stonechat in the orchard was a year first and coincided with large numbers being logged in the London area of Surrey – presumably these are birds from further north in Britain slowly filtering south. 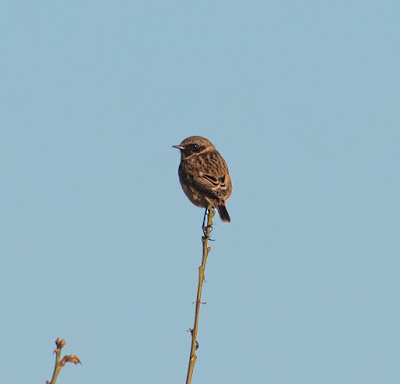 Another male Stonechat was at Tilsey Farm on Saturday morning. Perhaps surprisingly, this species is hard to come by here (more difficult than Wheatear, Yellow Wagtail and, this year, Whinchat), but mid to late September seems to be the best time to bump into one.


Some 101 Canada Geese roosting on Snowdenham Mill Pond on Saturday may be a site record (once I’ve consulted historic WeBS data), while 19 Jays was a high count and reflective of a small influx into eastern Britain at present, for reasons unknown. Indeed, I seemed to bump into this species everywhere over the weekend.

At Winkworth, another Lesser Spotted Woodpecker was in The Bowl on Saturday, offering further evidence this species is drastically under recorded locally. A small flock of Siskins were roving around Rowes Flashe – there for the winter no doubt. Wildfowl numbers are building up on Snowdenham Mill Pond too. It won’t be long before the first Redwings appear, and there may not be many more hirundines.
Posted by Ed at 06:49