North Ronaldsay and the Orkney mainland

I’ve spent the last week visiting Orkney for the first time, mainly on the famed birding isle of North Ronaldsay, though a delayed outbound ferry meant an unscheduled day on the Orcadian mainland. The trip was good fun. I saw some exciting birds, the highlight of which was a super smart Rustic Bunting – a lifer to boot – with a decent selection of scarcities as well.


The weather was a bit hit and miss, with the classic ‘when it’s good it’s good and when it’s poor it’s poor’ wind direction and bird simpatico relationship very much in play. Days one and two, for example, produced gentle easterly winds, and subsequently were good fun. The middle three days of the trip were dominated by gale force north-westerlies – absolutely not ideal and hindering passerine searching.

In terms of finds, I left a fraction disappointed. Richard’s Pipit, Red-breasted Flycatcher and Barred Warbler were my best personal discoveries. Nice scarce, but I’ve found or co-found each species before, and would’ve swapped all three for a rarity.


When compared to previous autumn trips to Shetland and Lewis, it was a little in between. While the former was crammed with birders (and birds) in the magic easterly autumn of 2016, Lewis last year was a struggle with little to show for and working most sites solo. There were a good number of birders on North Ron – roughly eight or more each day – but, despite its size, it truly is a hard island to work, thanks to its unusual shape and spread out areas of minimal cover, massive iris beds and exposed position.

The island probably needs 20+ birders to unveil the true goodies it holds in favourable conditions, yet I’d rather have an island or site a little more to myself than I did. That said, North Ronaldsay has a captivating atmosphere and you’re constantly feeling that something huge could turn up almost anywhere, with the whole island feeling really rare, even during dire weather.

As mentioned, day one and two were blessed with favourable conditions. Day one was supposed to be on North Ron, but with the ferry delayed by 24 hours I was stuck on the Orkney mainland. The whole archipelago is shockingly under watched, certainly when compared with Shetland, and during my entire day scouring the east mainland (mainly around Deerness), I saw merely one birder.


I ended up having a pretty enjoyable traipse around. There are loads of great looking spots on Deerness and a morning there produced six Yellow-browed Warblers, Pied Flycatcher, Redstart, five Mealy Redpolls and Lesser Whitethroat, along with my first Redwings of the autumn. Plus, of course (as was the case on North Ron), non-Surrey exotica such as waders, Short-eared Owls and seabirds.


After completing a few touristy bits I visited Toab, between Kirkwall and Deerness, following a road that skirted a large plantation north. There were a few more redpolls and Redwings here, with a Yellow-browed Warbler amid large numbers of Goldcrests in said plantation. A Redstart was nearby, but best of all was a Red-breasted Flycatcher near the community centre, which eventually showed at distance having played cat and mouse for half an hour or so.


The ferry to North Ronaldsay the following morning was very quiet. Once on the island, it was time to explore, and suss out the lay of the land. A Lapland Bunting, two Ruff and a Yellow-browed Warbler from the garden of our accommodation was a pleasant start but was bettered by a mobile Richard’s Pipit in the next meadow along on a first proper walk. Little did I know at that point that it would be the best find of the trip!

Other bits included a few Snow Buntings and a sprinkling of Whinchats, Redstarts and Wheatears. I’d spoken to Dante, who’s volunteering at the observatory this season, before the trip and he’d given me some helpful gen. I wasn’t expecting him to be so helpful that, a few hours after arriving, he’d phone with news of a Rustic Bunting up the road. 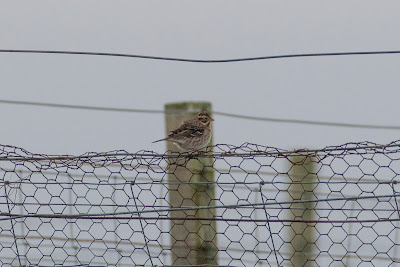 After a bit of a stomp around the bird eventually showed, and at times we enjoyed wonderful views as it sat up on fences or fed on the short turf around Ancumtoun. An awesome way to see a species for the first time and a smart find by Dante. A second Yellow-browed Warbler in the garden on the way back rounded off a superb – and ultimately the best – day of the trip. 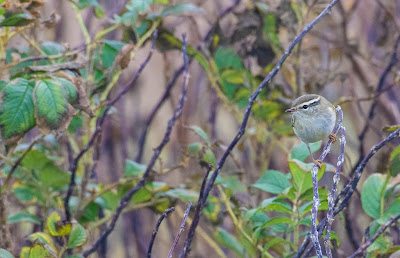 Day two was slower, as the wind swung from south-east to north-east. It was weirdly calm the evening before, prompting me to stick my recorder out – no fewer than 86 Redwings were logged. I walked around the middle of the island early morning, with the commoner migrants – including one remaining Yellow-browed – still on show.


From late morning until to the evening Dante and I put in a lot of effort in the south and south-east of the island, walking miles as we combed crops, iris beds and gardens. We didn’t have much to show for our work, however: a blythi Lesser Whitethroat, Whinchat, Garden Warbler, two Redstarts and two Jack Snipe were all we could manage. 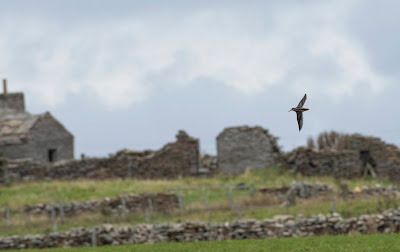 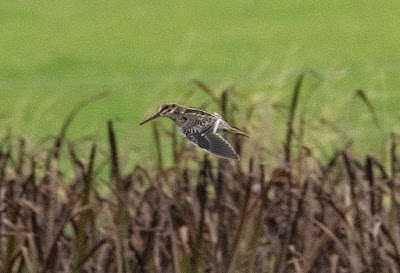 Day three brought a strong north-west wind, which delivered a brief Hornemann’s Arctic Redpoll at the observatory, though I never really got in gear and subsequently missed it. I’m never overly keen to twitch on these types of trips, plus I’ve seen Coues’s before, but it would have been a smart bird to see. I was at the other end of the island at the time, around the lighthouse, where a showy flock of Snow Buntings were the highlight. 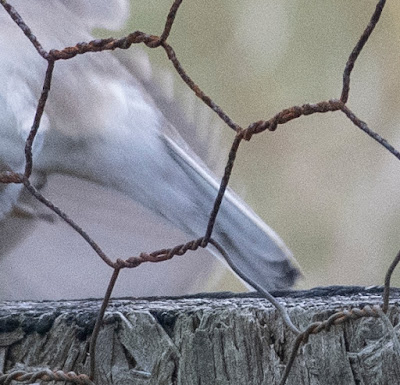 A long walk around the middle and south of the island again produced little: a Barred Warbler in Holland House gardens was nice, and I also caught up with one of the long-staying juvenile Red-backed Shrikes near Phisligar. Other bits that made the notebook included eight more Snow Buntings, two Tree Pipits, Whinchat, Redstart and my first Fieldfare of the autumn. 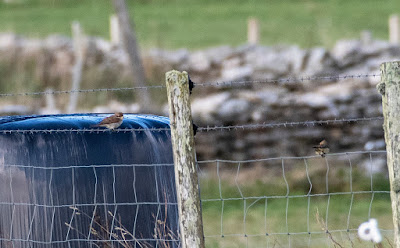 Unfortunately, days four and five were extremely windy, and birding was tough. Passerines were basically non-existent, though I fluked into the lingering Hornemann’s Arctic Redpoll near the harbour on the Tuesday. A most eye-catching bird – you wouldn’t miss that among a flock of Lessers. Another blythi Lesser Whitethroat was nearby.

A seawatch on Wednesday yielded two Sooty Shearwaters, Orcadian ticks in the form of Arctic Tern and Arctic Skua, along with a curious apparent south-east passage of some 155 Shags in two hours. Later in the day, a few flagged Sanderlings were traced back to the underwhelming ringing location of the Orkney mainland.

Thursday was far calmer. A dawn seawatch with Dante, George and Paul delivered 25 Sooty Shearwaters and a few Manxies and Puffins, but nothing spectacular. A lot more stomping around delivered little, for anyone.


Friday morning seemed far better, with a relatively gentle easterly, but after a brief couple of hours seeing merely a Yellow-browed Warbler, it was time to pack up and head back home.


So, in all, a fun trip with a decent smattering of beasts from the east, if a little front heavy in terms of quality. I’ll definitely be back to Orkney – I can’t help but feel many of the under watched islands in the archipelago could produce excellent autumn birding.
Posted by Ed at 08:45