Just another photo diary from my recent Israel trip (see here, plus photos from day one and two and a link to a formal trip report with species gen). On day three, having cleaned up around Eilat, we slowly worked north through the Southern Arava. We then passed Hameishar Plain, before spending the afternoon trying for one of the key species of the trip. Day four started in the north-west Negev, before we returned to try again for said target. On day five, were back in the Northern Arava, then the Dead Sea area, before a nocturnal search for another key target. 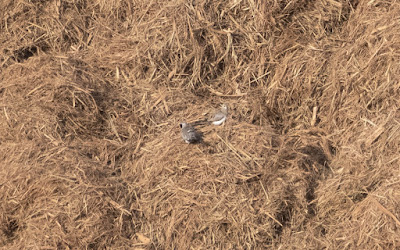 We started day three targeting Namaqua Dove. This species is harder to see than the average visitor may expect; the above pair were two of three at Yotvata kibbutz that constituted the only birds seen all week. They weren't easy, either – three small birds among more than 1,000 Collared, Feral Rock and Laughing Doves! 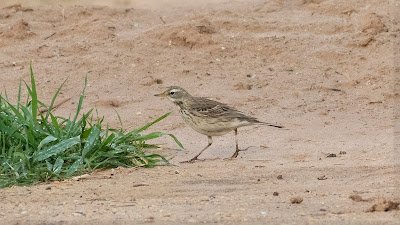 Next up was Yotvata fields again. The main quarry was Asian Buff-bellied Pipit and Oriental Skylark, as well as upgrade views of Desert Finch. We scored the pipit, with one individual making itself known among 25+ Caucasian (coutellii) Water Pipits (above photo) and a handful of Red-throated Pipits. We also had our only Snipe of the trip, our first Corn Buntings, a Bluethroat and a flock of some 20 Desert Finches, but only Eurasian Skylark. 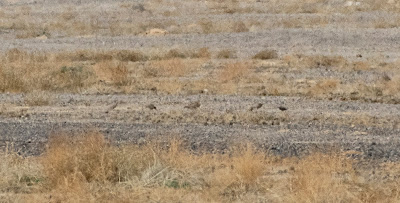 Unfortunately, Hameishar Plains is a military area and only open at weekends, so we couldn't go for the wintering Thick-billed Larks that Sam was keen to see. We did however have distant views of 50+ Spotted Sandgrouse (above) along with the usual desert fare, including this curiously sounding Desert Lark. The afternoon and dusk was spent dipping Syrian Serin at three sites, including the most reliable (Ben Gurion Memorial Park) and a roost area ... frustrating times. 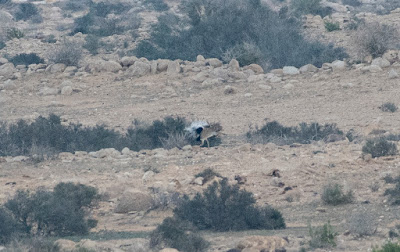 Day four started at the famous Nitzana to Ezuz Road, where Macqueen's Bustard is an easy pick-up, often from the old railway carriage. We soon clocked two males from here that, while distant, were pleasingly performing their comical display. A Quail sang briefly, before a stop at Nitzana pools yielded no sandgrouse. 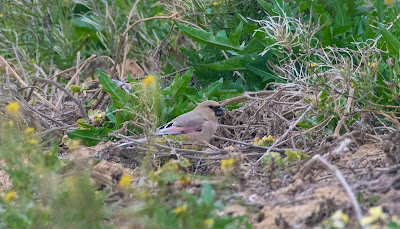 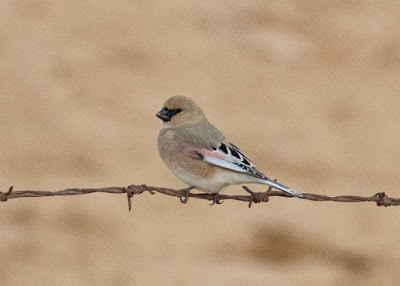 It was then back to Sde Boker fields for another stab (and dip) for Syrian Serin. A fairly close flock of 21 Desert Finches more than made up for it, though. Better still, some helpful birders shared our details with Meidad Goren, who would very kindly show us a serin roost area that evening (and in general was really helpful and friendly for the rest of our trip). 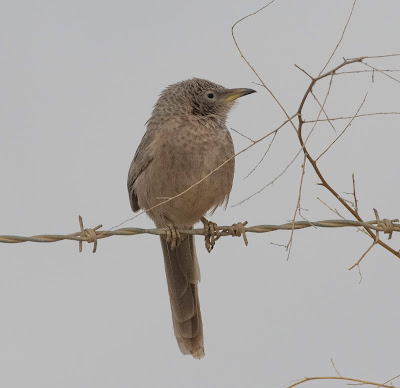 A family of Arabian Babblers were also at Sde Boker fields, hanging around a reservoir that held a Marsh Sandpiper on our visit the previous day. 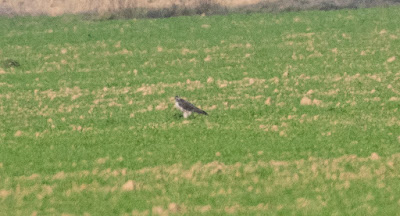 We spent late morning until mid-afternoon driving the vast Urim farmland area. This huge site offers winter replacement habitat for steppe species, with our main target Sociable Lapwing. Despite covering some 39 km along farm tracks of varying quality, we couldn't find them, and indeed only scored six Northern Lapwings! However, a fearsome juvenile Saker Falcon (above) was superb, as were some 1,000 Common Cranes and six other raptor species. 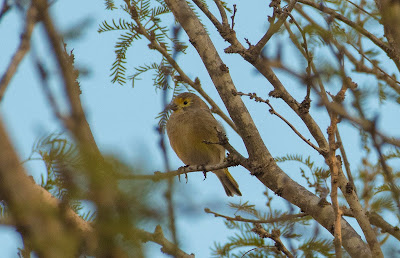 Syrian Serin is one of the most desired Israeli species, with this poorly-known species' entire global range restricted to Israel, Lebanon and Syria (and presumably Jordan). In the summer, they breed on Mount Hermon, but in the winter descend to the desert regions of southern Israel. Oddly, between March and May, they vanish – it is still not known where they go at this time. Thanks to Meidad, we were able to witness a simply incredible sight of some 57 roosting birds, at close-range and alone. 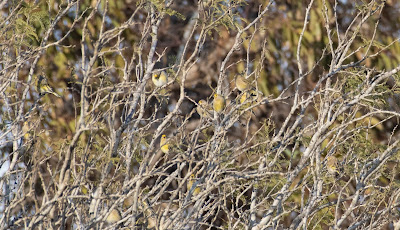 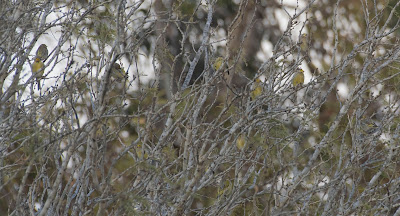 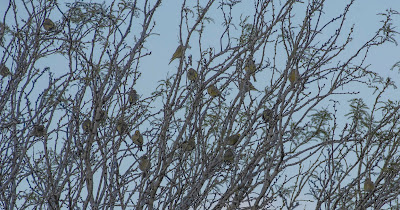 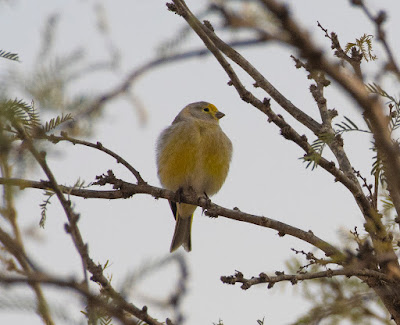 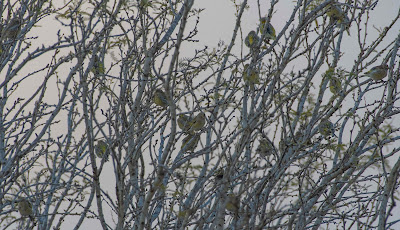 The birds were vocalising, too, including some males singing. My recordings on Xeno-Canto are the first of this species to be uploaded to the site. An awesome experience and a trip highlight. 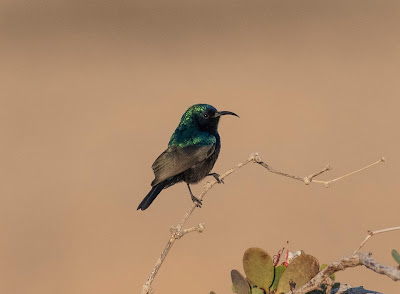 Day five began in the tranquil Sheizaf reserve in the Northern Arava, better known as the famous KM 152 site for Arabian Warbler, which was another key trip target. We slowly worked the site from dawn, with plenty of Palestine Sunbirds (above) for company ... 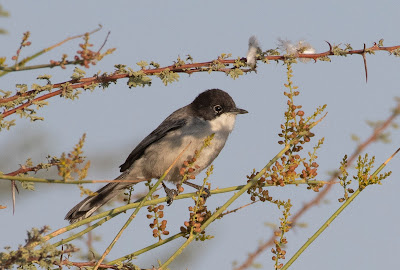 It didn't take long to find our hefty sylvia target, with this male on territory and occasionally bursting into song as the sun rose, allowing for both sound recordings and a generally pleasant time. 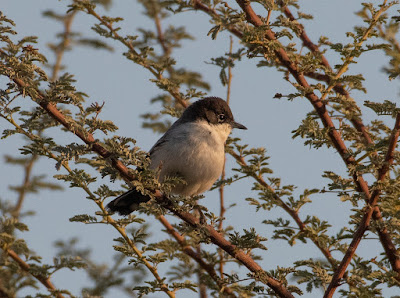 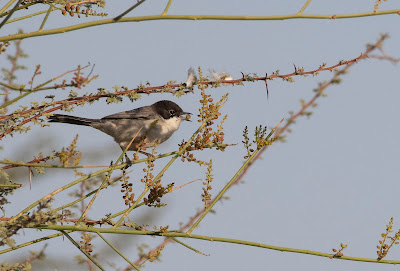 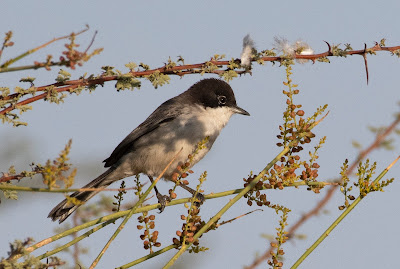 A smart bird. Aside from the warbler the wadi was a little quiet, with Hoopoe, Streaked Scrub Warblers and a Great Grey Shrike seen. It was then on to Idan drinking pools which, personally, represented a third and final chance for would-be lifer Crowned Sandgrouse. 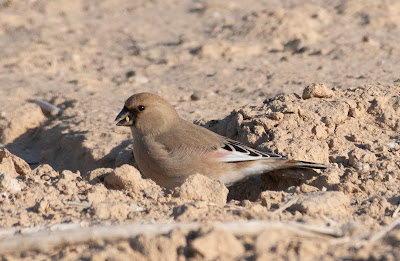 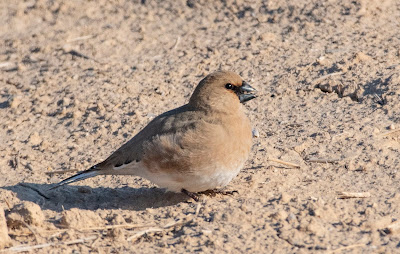 On the way, we bumped into yet another flock of Desert Finches, these ones feeding by the road on the outskirts of Idan kibbutz. We'd stopped because we'd finally spied our first Sand Partridges of the trip, which soon scuttled off. 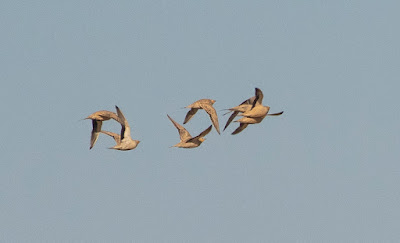 At the pools we missed out on any Crowned, but 19 Spotted Sandgrouse flying around and briefly landing was great. With sandgrouse only coming to drink at a certain time here, we soon hit the road again, heading north-west to Mount Amassa. 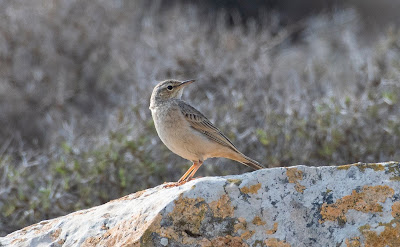 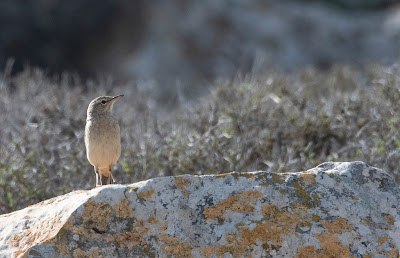 This beautiful spot quickly gave up its key target for us: Long-billed Pipit. This large pipit has a distinctive song, and this is what first got us onto this male. It generally pottered about its territory in the hour plus that we were there. 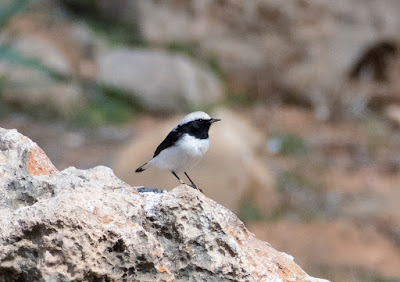 At least five Finsch's Wheatear were also knocking about, with all bar one of them splendid males. We also had four Chukar. 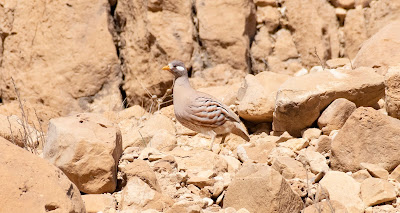 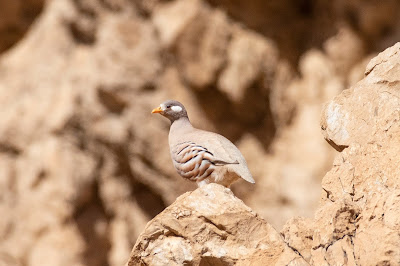 Having done superbly well for targets, we decided to give the Dead Sea a couple of hours of birding. Striolated Bunting was the main target here, with the species a lifer for me. We had OK views of a flyover at Wadi Mishmar, but otherwise the birding here was good, with four Sand Partridges (above) and two Fan-tailed Ravens among the usual fare. 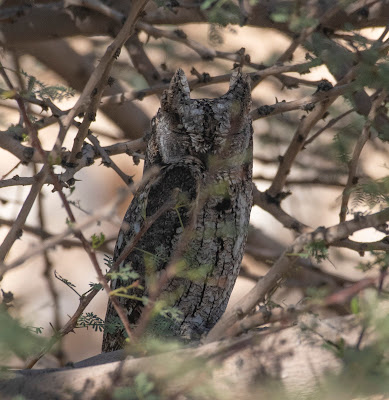 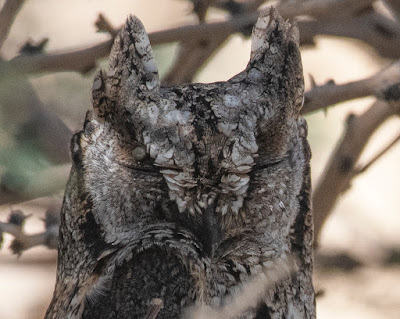 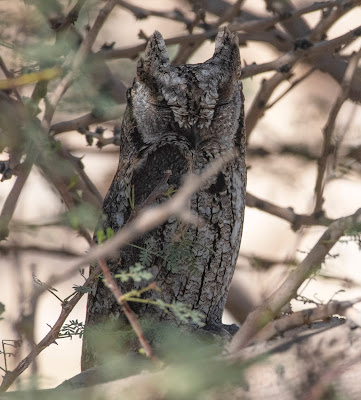 Much to our surprise at Wadi Mishmar, we also found another day-roosting owl. Furthermore, it was a rather unexpected Eurasian Scops Owl. We took in super views of before leaving it be ...

Having scored African Swamphen at Ashalim Reservoir on the way back south, the evening was spent being taken to the saltmarshes south of the Dead Sea, where Nubian Nightjars are found. In trying conditions (and a poor time of year) we had as many as three males which were vocalising, along with a flyover Pharaoh Eagle Owl (lifer for Sam) and – perhaps best of all and easily a trip highlight – spotlight views of a Striped Hyena.
Posted by Ed at 04:01