Not as scarce as you think?

Lesser Whitethroat is one of my favourite warblers. I feel it always appears particularly smart. It’s a species I associate with Pagham Harbour and Europe. It’s not a bird I associate with Surrey, and certainly not my part of the county. This is because, on a local level to me, it’s peculiarly rare.


And it’s not just an inability to locate this dapper sylvia or pick out its rattly song. In more than five years of covering my Thorncombe Street patch, almost daily between mid-2014 and the end of 2019, I’ve had just one – a frightfully elusive migrant on 4 August 2017. In other parts of Surrey, Lesser Whitethroat is, while never common, regular and easy to see. But it’s not just my patch that the species avoids – it’s most of south-west Surrey.

This hit home when preparing for the south-west Surrey bird race last May. I consulted a few very experienced locals about gen for certain species. With regard to Lesser Whitethroat, the same replies came back: “no idea”, “you’ll have to chance into one on the day”, “not sure, it’s a really hard bird locally” and so on. There seems to be no really reason for their scarcity – perhaps the dominance of heath, woodland and shooting estate as the predominant habitat is a case for this – and in recent years there have been just three regular sites.


I say regular – they are sporadic in their summer visits to each and breeding is rarely proved at any. These three sites are Binscombe/Compton (a site occupied on and off for decades), Dunsfold (Barrihurst Farm) and Wrecclesham sand pit. At the former and latter males held territories last year; a pair was proved to have bred at Barrihurst.

For the bird race, we used the Binscombe site, where a male was on patrol from late April. He’s back there this year, too, as of Saturday. My eagerness to get Lesser Whitethroat on my south-west Surrey year list led to me dipping out at this site, though. In March, however, I’d found a small stretch of countryside north of Dunsfold and close to the Barrihurst site that looks promising – tall, thick hedges amid a nice space of farmland.

Last week I walked it early morning and was most pleased to hear that distinctive rattle coming from the main hedgerow. A male Lesser Whitethroat soon gave himself up. The backup cast was barely backup It was so good: a Nightingale pumping out song from the same scrubby patch, at least five Yellowhammers, eight Skylarks and a good selection of common warblers. A lovely spot and one I’ll check with frequency. It’s amazing how close it is to my patch too, given the mega status of Lesser White at Thorncombe Street. 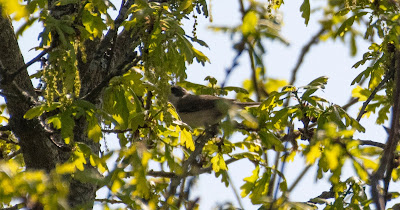 I’d wager money on this wider area supporting a few pairs of Lesser Whitethroats – maybe this species isn’t as rare as thought in the south-west, and perhaps just highly localised? Well, maybe even this is questionable. Incredibly, in the week since, I’ve had two other singing males, both at sites far from any known ‘regular spot.

A mobile and vocal male Lesser Whitethroat at Unstead Water Meadows was a mega-gripper for stranded-in-Colombia Sam J – a site first! Surely a migrant, though, as none of the river regulars have seen it since. At the weekend yet another Lesser White was in voice, this time at Shackleford farmland. The habitat here looks OK, but again there is no past form and Peter O (who’s been watching the site for a while) has not had one before. Perhaps all three of my recent observations were migrants. 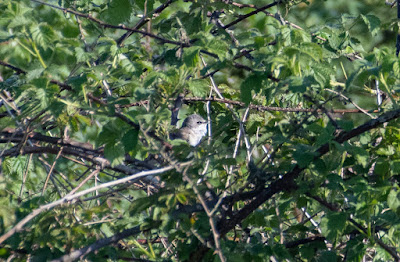 But I suspect, if one scratches beneath the surface, Lesser Whitethroat is, while remaining scarce and localised, rather more regular in south-west Surrey than thought. Whatever the case, a handy year tick and the only one of the week, bringing me to 132. A couple of proper bonuses are certainly required in the next few weeks before summer.

It’s been a crazy spring for Wheatears. I touched on the headwind theory last week – since my first on 20 March, I’ve had a minimum of 21. Most have been at Shackleford, which seems a real hot-spot for them, but others this past week have come at Imbhams Farm, Grayswood (a probable Greenland Wheatear), and Dunsfold Aerodrome. I’ll never get bored of them. 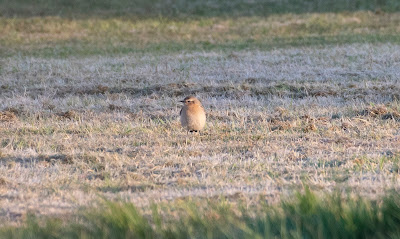 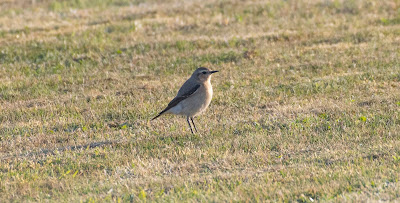 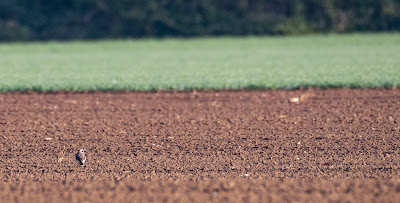 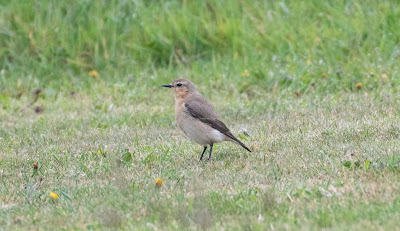 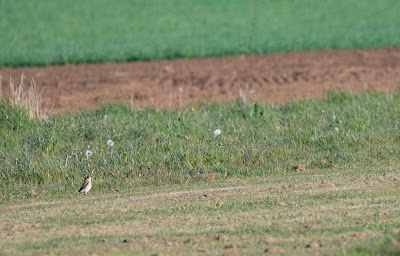 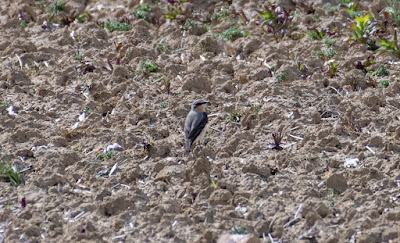 Elsewhere it’s been business as usual. A few Low Weald raids have revealed Nightingales at sites I wasn’t sure had them – Dunsfold Aerodrome, Frillinghurst Wood and Sidney Wood. The former site also seems to have breeding Lapwings and, surprisingly, Woodlark. Frillinghurst Wood was OK, but the countryside to the south was far better – breeding Yellowhammers and a late pair of Teal highlighted. Sidney Wood held Cuckoo, Willow Warbler and a Grizzled Skipper. 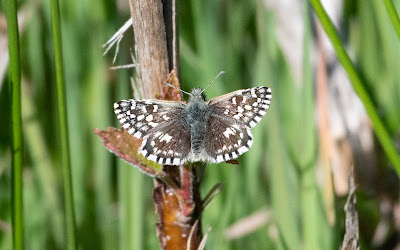 On my ‘other patches’, a couple more Reed Warblers are in at Unstead, along with Garden Warbler. My first Shackleford Cuckoos flew over this morning – a male and female. At the weekend I counted 25 Skylarks, many singing and others carrying food. I genuinely think this may be the densest population in Surrey. At Thursley, at least two male Curlews are now back, a good sign. Hopefully a female is knocking about too … Milford has been quiet, save three Common Sandpipers. 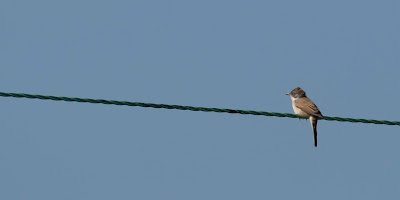 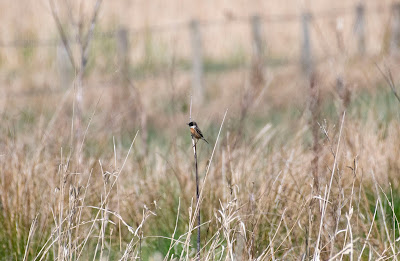 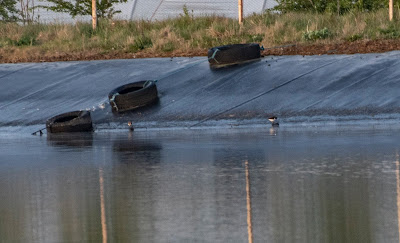 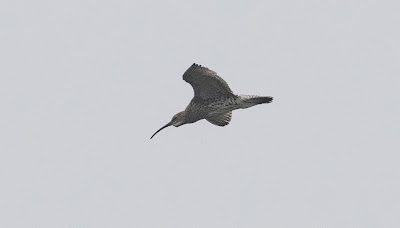 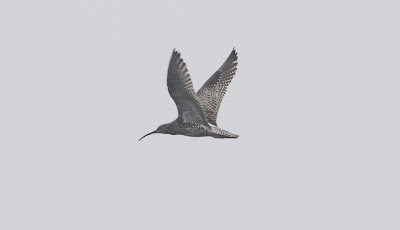 What else? Noc-mig Whimbrel the other night was pleasant, if expected. This goes on the ‘noc-mig-only’ additions for my year list, but it would be nice to see one. I need to up my wader game in the next fortnight or so. The weather forecast suggests I have chance. Little Ringed Plover is perhaps the most glaring year list omission at present.

A plan for mid-May on was to comb the Hindhead area for Wood Warbler, where I believe they persist, if only the odd singing male. A report of one on Saturday was great news; a tiring dip the following morning not so much. Given the weather on Saturday, and other records of Wood Warbler on passage in the south-east, it seems this bird was just stopping by after all. I’ll be back in May though.
Posted by Ed at 10:37