South-west Surrey is full of little secrets. Without doubt it’s the same in south-central Surrey, south-east Surrey, north Sussex and so on – great swathes of inland countryside in south-east England is poorly birded. The last week has provided several surprises locally, all of which only spur one on to dig deeper for even more hidden delights.


I’ve long held the suspicion that the outer reaches of Surrey retain Turtle Doves. A handful of patch flyovers during the last four years are one reason why. They certainly persist in north Sussex and there are some slivers of suitable habitat remaining in my part of the world.

What I didn’t quite suspect, however, is that an apparent small population remains. In easily one of my most memorable moments of the year, I heard and observed at least two displaying male Turtle Doves in a very quiet and remote spot. Further visits have confirmed there are as many as four birds present – how fantastic, in this day of constant, all-knowing news and information, that such a hidden treasure could remain largely a mystery. I shall keep a close eye on them this summer, and have a long list of other suitable sites to look for Turtle Dove, too. 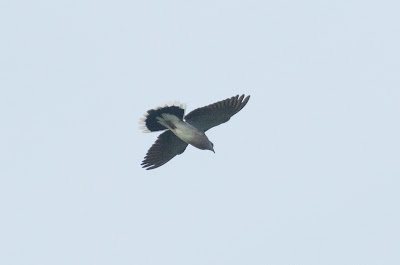 That it should be a most handy south-west Surrey year tick is largely an irrelevance. But, that it was, and was one of four accrued this past week. The first – number 135 – was a species I was sure I’d missed the boat for: Little Ringed Plover. The day after my Greenshank success I visited Frensham Great Pond very early, before the outdoors swimmers could get to the beach. A Common Sandpiper was a nice reward – a Little Ringed Plover stood beside it was even better. 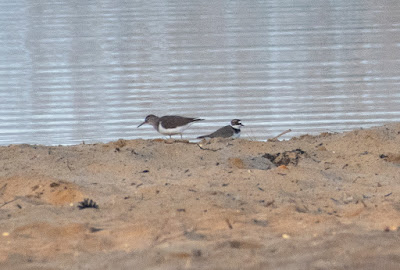 The date (6 May) seemed rather late for this classic early spring migrant – could a pair be breeding nearby? Whatever the case, it was a lovely surprise, but still wasn’t as unexpected as the scenes the following day. Having heard late news of an Oystercatcher (of all things!) on the Lammas Lands at Catteshall Meadow, I headed down there, despite being aware that this would-be year tick had flown off hours ago (late news isn’t ideal when doing a local year list …).

Indeed, no Oyc, but there was another male Little Ringed Plover. In the middle of a very warm and busy afternoon by the river, it seemed most odd, but I didn’t really tussle with it – presumably there was a late push of LRPs going on. A few folk connected with it that evening … and then, on Sunday night, Sam J had a male LRP in the same spot. 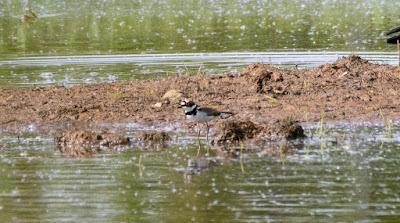 This was too much of a coincidence and it didn’t take long to work out that there must be a female nearby. The habitat on the Lammas Lands isn’t suitable, but we’ve identified a couple of nearby sites that look fine. They shall be explored in due course now that lockdown has been partially lifted …

I finally got Hobby on my year list this past week, with the pair on my patch present and correct in the usual spot. I’ve since had singles at Shackleford and Unstead SF. Spotted Flycatcher was the last entry of the week – number 138 – when I noted one at Winkworth Arboretum yesterday morning, a site I hadn’t visited for many weeks. 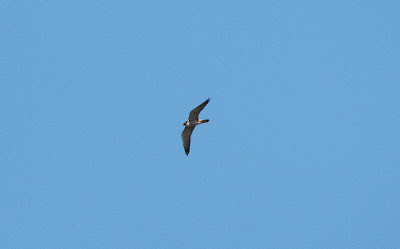 A greater surprise came this morning, with a singing male and (presumed) female knocking about together at The Hurtwood. I think Spotfly must be one of the most under-recorded breeding species in Surrey. The Hurtwood is a classic example of outer Surrey no-mans-land (not to be confused with Hurtwood, near Cranleigh). It has no ornithological history or records to its name, yet this morning in an hour-long walk I recorded the Spotted Flycatchers, two Crossbills (only my second of the year in south-west Surrey), eight or more Siskins (including a singing male), Tree Pipit, Woodlark, two Willow Warblers and two Cuckoos. 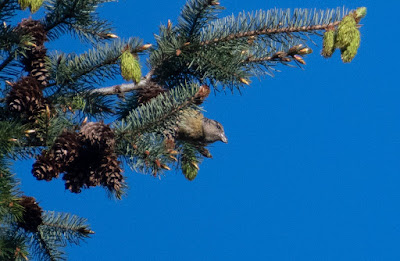 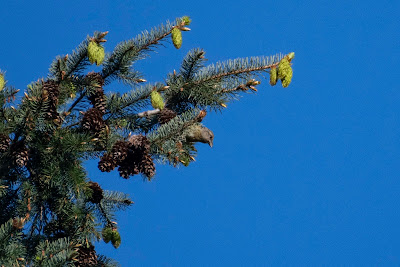 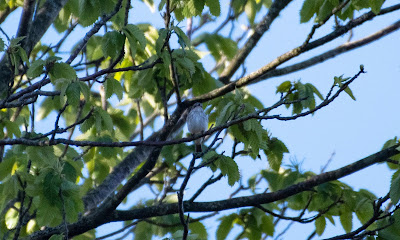 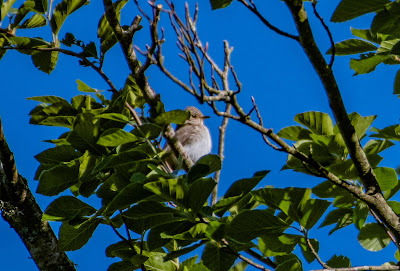 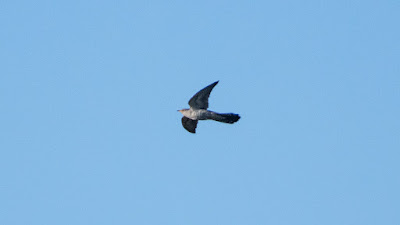 There will be other, unloved and unchecked sites like this, too. That list of species includes some rather noteworthy records for May (chiefly Siskin, which is surely another under-recorded but regular breeder in the High Weald). It looks good for Nightjar as well, which is next on my hit list.

To wrap up the under-the-radar breeders theme, on Sunday I had arguably the most bizarre record of the lot – two Hawfinches at Thursley Common. The pair were flying fairly low north-west and calling … where on earth had they come from and where were they going? This unobtrusive finch is another that surely breeds most years in outer Surrey. Like Crossbill, it was only my second record of the year, and was part of my best ever species haul for a Thursley visit: 53.

Other bits this week have been fairly standard. Milford has gone quiet, with a couple of Common Sands prior to this grim run of cold northerlies. I think spring wader passage has probably packed up here, but I won’t give up yet. The Shackleford Wheatear conveyor belt continued to push out individuals until 9th – surely my last of spring. This site too has gone rather quiet, as we slip closer to summer. 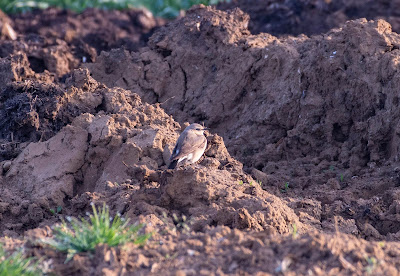 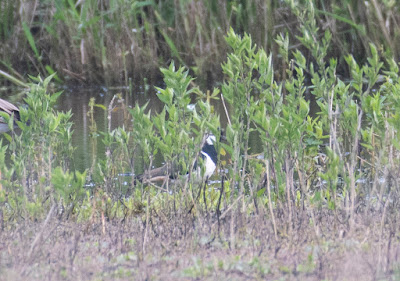 Unstead SF has been a slog. A late Yellow Wagtail was nice, as was the first Sand Martin and Peregrine of the year 10th. Sam and I did a casual warbler census here on 12th (him the afternoon at the north end, me the morning at the south) with the scores on the doors 16 Blackcaps, 13 Whitethroats, 6 Chiffchaffs, 5 Garden Warblers, 4 Reed Warblers and 1 Sedge Warbler. I also managed a Cuckoo (my first of the year at Unstead), but Sam returned the serve and won the point with a Grizzled Skipper. A Cuckoo heard from my flat on 8th was of note too … 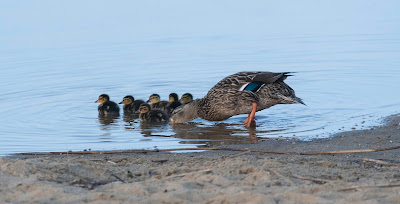 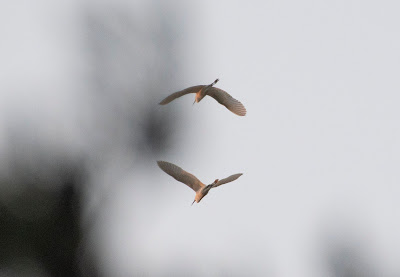 Also on 8th, two Little Egrets over Thursley was a site tick. I’ve concentrated my passage goodie efforts here but it looks like a blank in terms of something decent. Indeed, as we exit the magic last week of April and first fortnight of May, it looks like spring will depart without a biggy in south-west Surrey, with the Hoopoe and Black Kite influx apparently passing this part of the county by. There’s still time, though, and when this blocking northerly shifts over the weekend I anticipate one last throw of the spring dice.
Posted by Ed at 05:46