Since my last post, the weather has been most unlike midsummer. Westerlies – often blowy ones – and spates of precipitation have predominated, making it feel rather like it often does at the end of July and the start of August. From a birder’s perspective, sessions in the field have had more than a slight taste of autumn. This has been perfectly summarised by my good friend Matt on his blog, which you can read here.
Anyway, it means there’s a fair bit to report on since my last post 10 days ago. The exact weather mentioned – strong westerlies and cloud cover/precipitation – is generally pretty good for wader, hirundine and Swift action in July, in my experience. As a result I’ve gone back to regular checks of the private site at Tuesley. In such conditions the site feels quite 'birdy' and this atmosphere is boosted by the cacophony of what’s become a modest-sized Black-headed Gull colony.
Counts of this species – traditionally rare locally in the summer months – have peaked at 84, though generally 40-50 is about average. At least nine young have already fledged, but we await the first young Common Tern. On 27th I was in for quite a surprise during a particularly heavy downpour: a knackered looking female Shelduck. Only the third for the site and my first, the weather felt ideal for the species, even if the date didn’t. 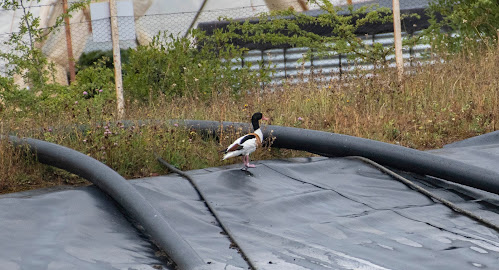 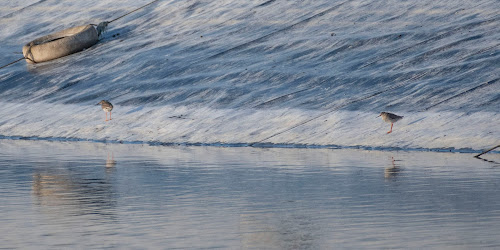 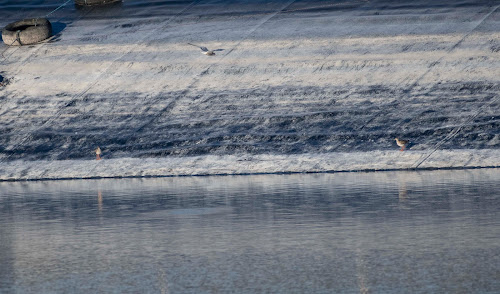 Normally this would constitute an excellent addition to my big year total, but I’d already managed two earlier in the year in similar weather at Shackleford back in April. A similar feeling came on 1st, following a day of wind and rain, but involved an even harder local bird: Redshank. Two, in fact, looking rather smart in their summer dress, although clearly having recently cut breeding losses and deciding to head south.
At the start of the year I didn’t anticipate seeing any Redshank in south-west Surrey, but this was my third record of 2020 and the second here. Other Tuesley bits have included a presumably migrating Sand Martin on 29th and, yesterday (4th), 70 Swifts – a sign of things to come the following day … 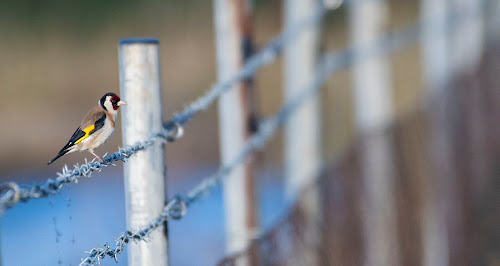 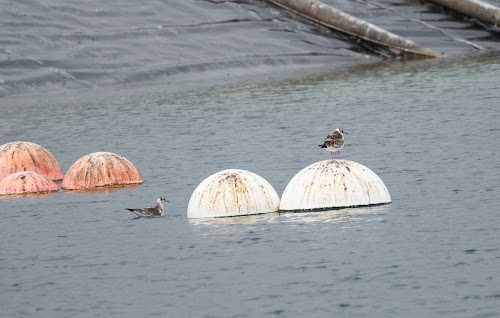 After a mighty movement on the east coast a few days ago, there had been signs of some inland passage of Swifts in southern England on 4th. Sam and I had that aforementioned count at Tuesley, plus a few seemingly ploughing south-west at Shackleford while trying to avoid a particularly persistent Hobby. With the forecast looking perfect this morning for Swift and wader movement (albeit a few weeks earlier than it should be) I decided to try a watch at Shackleford, an area I intend on experimenting with for vis-mig this autumn.
However, it was dead – not one single Swift. I thought I’d try higher ground at Thorncombe Street and, within minutes of arriving at about 6.40 am, small groups of Swifts were flying silently west/south-west over Allden's Hill. It was steady if not spectacular and proceedings were interrupted by a very distant and high-flying Curlew hurling west – a superb record for here, only the third – at 7.14 am. This kept me motivated while Swifts still moved through and, by 8 am, I’d decided it was good enough to hike up to Broomy Down and watch from there. 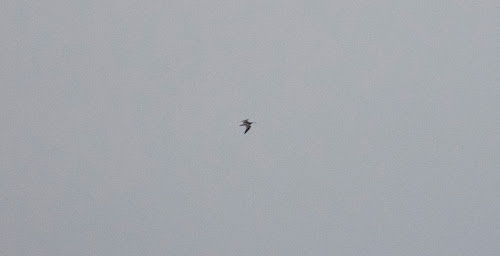 Broomy Down has undergone a bit of a face-lift. With the Wintershall part of the Hutley Estate having bravely stepped away from shooting, Broomy is no longer a Pheasant creche and, for the first time, I’ll be able to access the private site in the autumn. Nick and Jane Hutley have done some great work up there, clearing lifeless Leylandii, planting crops and installing Barn Owl boxes. They’ve also, very kindly, opened up the view and provided the comforts of chairs, a table and BBQ!
I’ve long thought Broomy could be one of the best vis-mig sites in Surrey but have never had the chance to try it during the peak season. It’s safe to say I’m very excited to now – in the hour I was up there, Swifts were bombing through, clearly using the topography of the land as anticipated, skirting either the east side of the ridge on my side of the Wey-Arun Plain or going straight through it. The watch finished on 205 Swifts – a site record vis-mig count (though far off the exceptional 500+ feeding birds David C and I had on 23 June 2017).

Add in three species of gull (all hard here in summer), two Common Terns and the Curlew, then it was a watch to remember, especially considering it was the first proper one I’ve done on my rather neglected patch this year. It definitely felt like a timely reminder, with autumn coming, that Thorncombe Street and its topography are hard to beat in terms of vis-mig in this part of the world …
The previous day, when Sam and I had noted some Swift action at a few sites, we counted a conservative 350+ Sand Martins hawking over Frensham Great Pond – a notable modern-day figure for the county and a great tally for Frensham. Where were these birds from? I remain unsure if they were from local breeding sites and had collected at the pond for easy pickings in otherwise unfavourable conditions for hirundines, or migrants already heading south and held up by the wind. A visit to the same site on 28th produced just under 100, so I think it may be the former theory.
Other local outings and highlights have included a male Cuckoo at Shackleford on 1st, acting altogether like a bird on a mission to head south as it perched briefly on a fence before continuing that way. The same session also produced a flyover Yellowhammer.
Unstead has been quiet, save 16 Herring Gulls actually in the works on 29th (large gulls seem much more regular in south-west Surrey in the summer since Beddington's landfill was closed), a nest-building Reed Warbler (presumably having had a nest washed out by the unseasonal rain?) and the South Meadow Sedge Warbler that, based on its singing efforts, is either on a second brood or has still to attract a mate.
Patch efforts have produced Crossbills on two dates – seven west over Winkworth Arboretum on 2nd and two east over Allden's Hill on 3rd. Spotted Flycatchers have been seen at both the former site and the damp copse between Slades Farm and Phillimore Cottage. On 26th, Sam and I dipped Purple Emperor at Chiddingfold Forest but did tally 11 other species, including my first White Admirals of the year. Marsh Tit and Siskin were avian highlights. 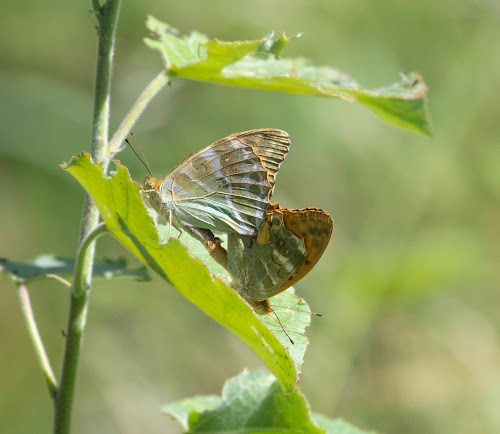 Finally, in regard to local bits, while working at home I was interrupted by a singing African Collared (Barbary) Dove on 30th! A bizarre record and clearly on the loose from a nearby cage, I failed to get any sound recordings of any note, while the heavy rainfall at the time failed to take me back to previous encounters with the species on the Canaries …
And to finish off on a different note, a few words on a failed albatross twitch on Friday 3rd. With the appearance of an adult (which is likely one that’s summered in Germany for the last few years) at Bempton Cliffs, David C and I trekked north to the East Yorkshire coast. The bird had flown off the night before but had reappeared on Friday morning and, as we drove up, was seen again – it looked good for a successful twitch, albeit with a bit of waiting likely required.
I’ve never seen an albatross anywhere and there are few birds on the British list that are more iconic. My one previous trip to Bempton in 2016 produced lifers in the shape of Eastern Crowned and Greenish Warblers but, sadly, a five-hour vigil provided no sign, despite hundreds of birders camped out in the cliff edge. It hasn’t been seen again, either, which is some consolation and vindication of our decision to not camp out in the car overnight. 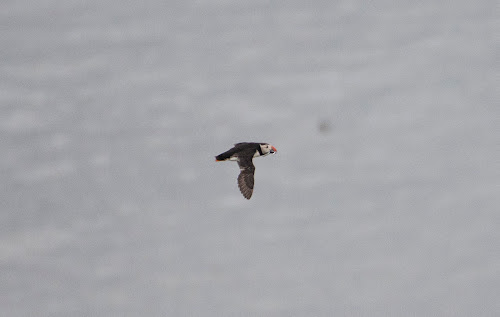 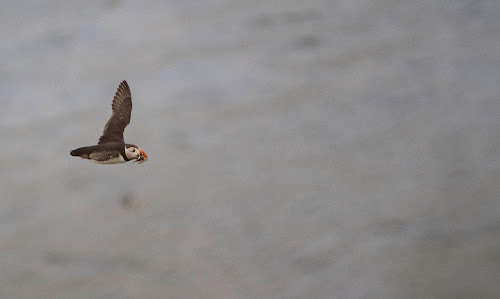 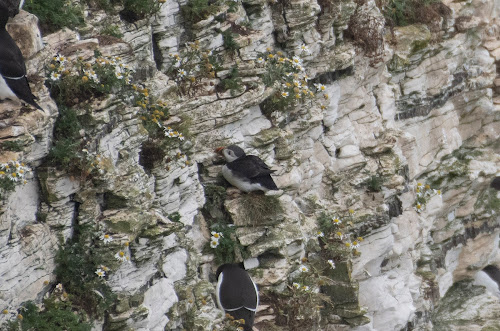 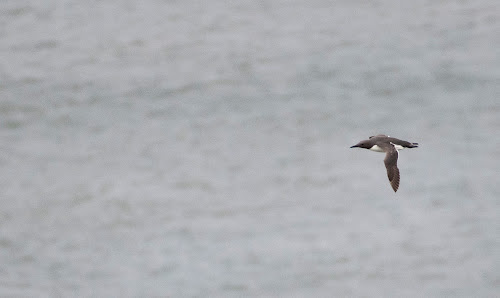 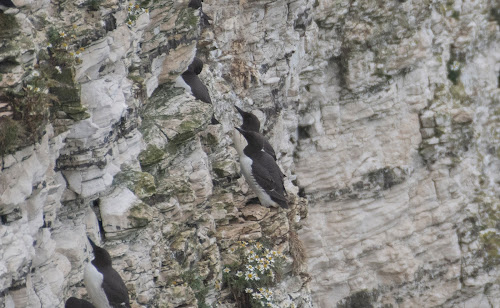 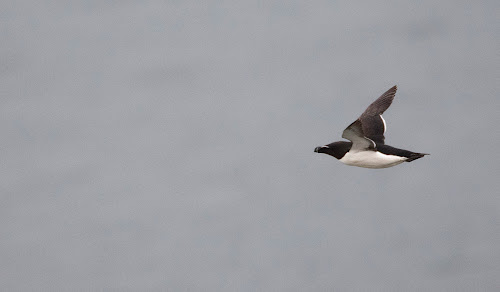 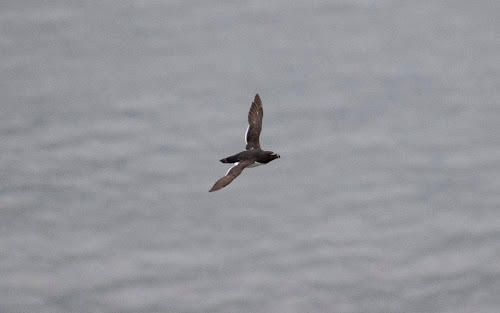 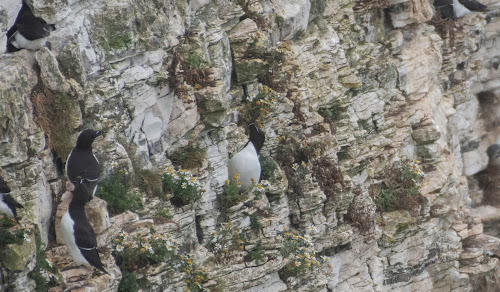 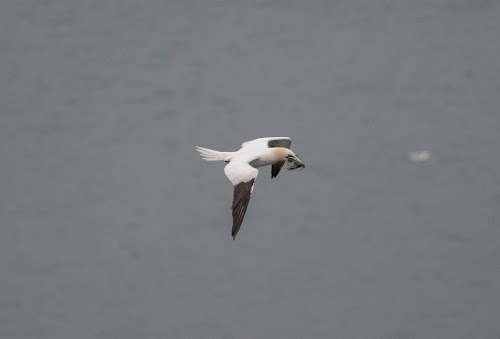 However, it was a genuinely fun few hours with thousands of Puffins, Guillemots, Razorbills, Gannets and Kittiwakes on show, as well as four Peregrines (including a juvenile), good numbers of Tree Sparrows, a Corn Bunting, a few Fulmars and a Great Skua. I haven’t been to a seabird colony for a few years, so it was worth the journey. A Barn Owl near Sand Hole on the way home completed the list of birds for the day.
Posted by Ed at 06:34