It’s been a contrasting start to November here in south-west Surrey. Lockdown is upon us again, although the new guidelines suggest birding alone or with one person close to home is prohibited, which is some respite. Sessions in the field have tended to be either dull or frustrating, or packed full of action and good birds. Shackleford has come good yet again; on the other hand Thursley has been besieged by visitors since the Little Bunting reappeared and I’ve been put off going as a result. There's been much to report either way.

Sunday 1st
A Raven was flying beside the A286 just south of Brook at lunchtime.
Monday 2nd
News came out long after dark that the Scaup had been reported again at Frensham early on Sunday morning … so I was there once more at dawn for what would be dip number three. Despite clearly larger number of Aythyas, which included 84 Tufted Duck (including a single flock of 71), a drake Pochard and a Pochard x Tufted hybrid, there was no sign of the hoped for Scaup. In all, a particularly frustrating few days chasing this bird around on the back of late news. Other bits included Firecrest and Little Egret. 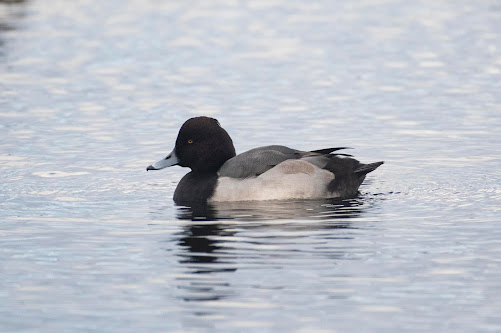 With the rest of the day off and lockdown incoming, I kept things local and checked out a few spots close to home. In general, things were steady in the breezy conditions. Two Chiffchaffs and a Little Egret were at Unstead SF, before rather quiet walks around Thundry Meadows and Cutt Mill Ponds – a few Lesser Redpolls and, at the latter site, Kingfisher and two Gadwall were the best. Even the Love Shack couldn’t muster up much; a Blackcap was the most noteworthy bird.
Tuesday 3rd
No birding.
Wednesday 4th
A fantastic, if a bit chilly, morning out on Thursley with 52 species noted. The clear highlight was a spectacular southward movement of Woodpigeons with no fewer than 12,650 tallied up. Conditions were spot on for a big day for them and Thursley has a bit of form for large numbers, so I gave Shrike Hill a go and was in position before dawn. It was well worth it, with masses of flocks piling south either side of my watchpoint. It was an impossible job to keep on top of things and I suspect the estimate is many hundred fewer than what it really was … awesome stuff. 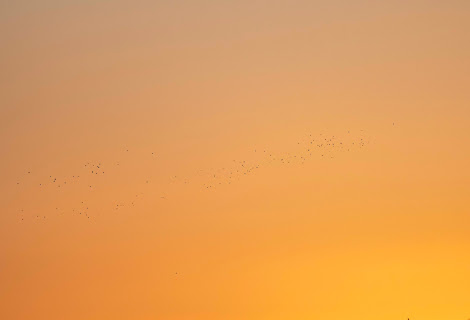 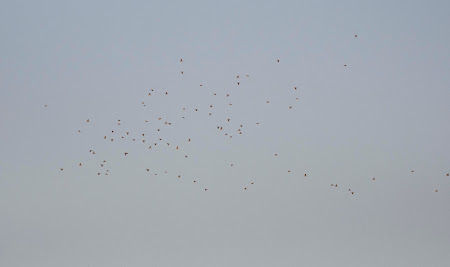 Prior to that, a Lapwing had flushed off Pudmore – rare here now and a site first for me. A Water Rail was heard at Pudmore too. There seemed to be a few more finches and thrushes around and two Bramblings flew over, along with the now obligatory good numbers of Crossbills and Lesser Redpolls. Little Egret, Rook, Egyptian Goose and Kingfisher were other decent birds for the Thursley day lister! 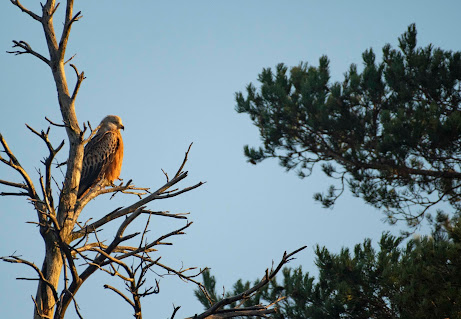 While walking down the very muddy main Ockley Common path I flushed two snipe; to my surprise, one each of Common and Jack. The latter rose silently from close range and dropped back down soon after, with the shorter bill and boldly striped upperparts noted. The Common flew around hysterically for several minutes before landing again. The Jack was another Thursley first for me and only my second locally this year.
A little further on I bumped into a Reed Bunting flock that happened to hold the Little Bunting. Having found it on 19 October, it was assumed to have been a brief one-day only visitor, until it was photographed on 30 October at Pudmore. It stayed put over the weekend for many to enjoy, although it has proven rather elusive and there was no sign on Tuesday. So, somewhat of a surprise to locate it in a completely different spot and it showed really well in the early morning sun. There has to be a decent chance this bird will winter … 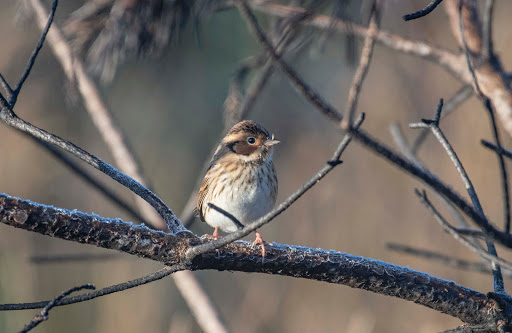 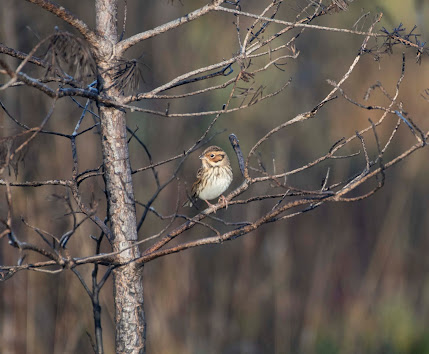 Thursday 5th
A few Redwings were heard from the kitchen window in thick fog throughout the morning.
Friday 6th
A look at Frensham after the fog cleared was quiet, with two Pochard and a Little Egret of note. I then met up with Sam at Thursley where we eagerly anticipated filling our boots with Little Bunting and Great Grey Shrike, and perhaps the Short-eared Owl which was reported on the afternoon of 4th while I was stranded at home. As it happened, we had a very quiet five-and-a-half-mile walk; the place was rammed with birders, photographers and many other people. Eight Crossbills, a Water Rail and large numbers of roosting Fieldfares were the best.
Saturday 7th
With the wind in the east there was more fog, but it cleared fairly swiftly. These conditions at this time of year point towards checking waterbodies and this was my main morning focus, but both Tuesley Farm and Frensham were quiet. Five Pochard and four Crossbills were at the latter site. On the drive to Shackleford, a Kingfisher was seen over the River Wey near Tilford.
The sun was creeping out by the time I reached Shackleford. Since the Little Bunting has been showing fairly consistently Thursley has been very busy, just as I was getting into a nice flow of regular visits to the site. By comparison, good old Shackleford was bliss and in two hours I saw not one person! It was an excellent birding session too …
There were good numbers of finches, thrushes, Meadow Pipits, Skylarks and Reed Buntings to sift through, but the first bird of note was a typically hysterical Golden Plover, shrieking as it bombed south-east over the alfalfa. Always good locally and three of my five records during the last two years have been here. Bizarrely, a wader double was had when a Snipe flew up from the alfalfa, landed in the set aside at the north end, then flew back over my head and re-landed in the alfalfa … weird, but in fact my second Snipe here. 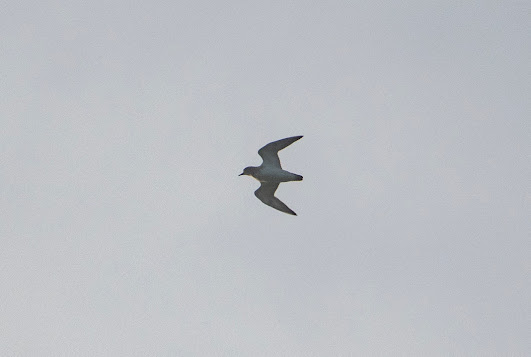 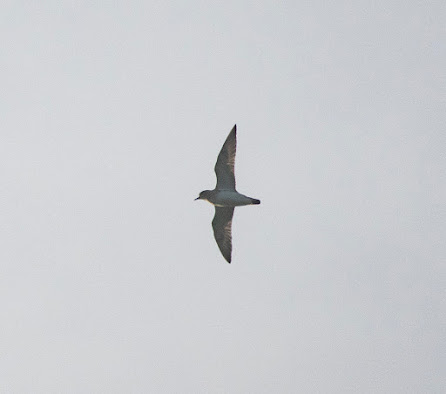 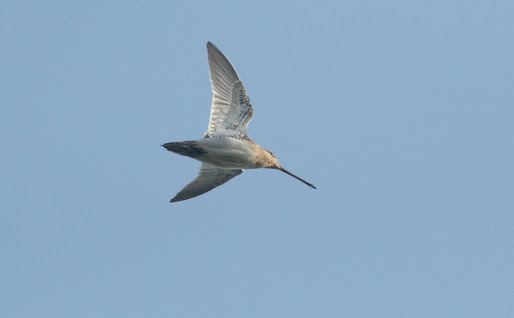 An adult Peregrine watched on from the pylons on the west side while other notable birds were clocked up, including Chiffchaff, Yellowhammer, two Ravens and five Ring-necked Parakeets. Nearly back at the car, I noticed a small group of gamebirds take off from near the track and land a short distance away in the alfalfa. Brief views indicated they were partridges, but they seemed a bit dump for Red-legged, and sure enough – to my great surprise – I heard the wheezy call of Grey Partridge! 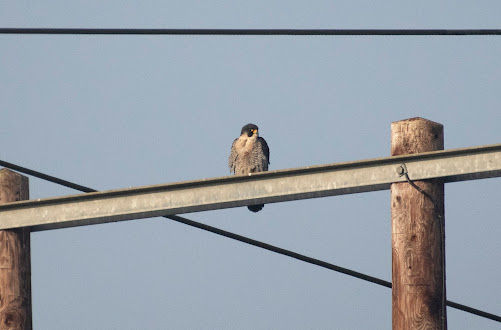 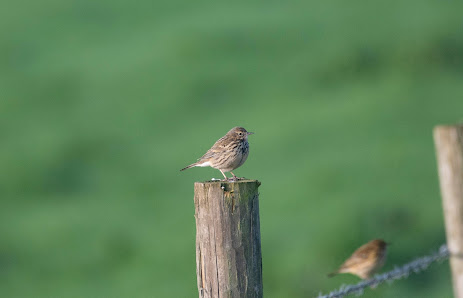 It took a while before I picked out a partridge head sticking out from the cover, and the ID was confirmed. The light wasn’t ideal and it took a good half hour before I could get in a good position to view them. In total there were seven, including at least four males and three females. They were very skittish and elusive, feeding quietly at the north end as I watched on.
Where they’ve come from I don’t know. I’ve spoken to the farmer before about this species – they are on his ‘wish list’ for the site and had plans to release some in a few years once more nesting habitat was in place. I assumed he’d put them down, so was surprised to find out later on that he hadn’t. Presumably a release from somewhere else, given the nearest wild population is about 35 miles away, which ties in with the conclusion I came to in a paper for the 2016 Surrey Bird Report (pp 181-186). I'll take them as a south-west Surrey year tick though ... 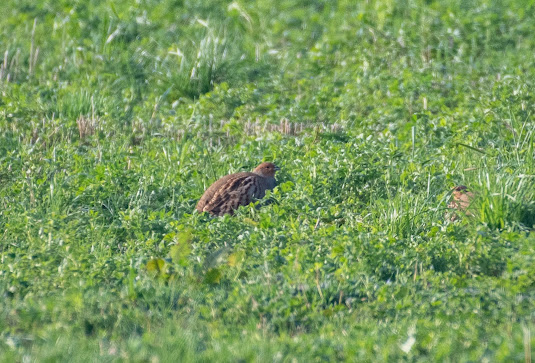 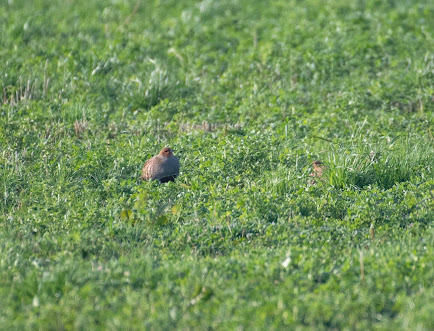 There was no sign later on when a few people twitched them, nor the following morning, adding to the bizarre nature of the record. Later in the afternoon, I did Chiddingfold Forest in an attempt to locate a big redpoll flock. On the way, 10 Gadwall were counted at Snowdenham Mill Pond. The forest was quiet – a few small groups of Lesser Redpolls and that was about it.
At dusk I stopped at Painshill Farm near Dunsfold, hoping for owls. It delivered, with one Little Owl heard calling to the south-west – only the third site I’ve recorded the species this year. Other birds of note here included three Yellowhammers, plenty of Red-legged Partridges, a Sparrowhawk and 85 Fieldfares.
Sunday 9th
Another foggy start and another blank at local waterbodies, namely Tuesley and Cutt Mill, though the latter hosted two Gadwall, a Kingfisher and a flyover Raven. Shackleford was next up and, yet again – and indeed as it has done so often this year – delivered. Upon arrival on the track a small gull flock was noted in the alfalfa and a quick scan revealed a large gull with the perfect mantle shade for Yellow-legged Gull.
Its legs were hidden by the alfalfa, the fog was thick and it soon flew south … not ideal but there wasn’t much else it could be, especially given the clean head it had. The birds has landed on the polo pitch at Home Farm so I planned to check once I’d completed my circuit of the main fields. Said fields didn’t have as much as yesterday but still held a Lapwing, 10 Red Kites and an apparent arrival of thrushes (mainly Fieldfares). 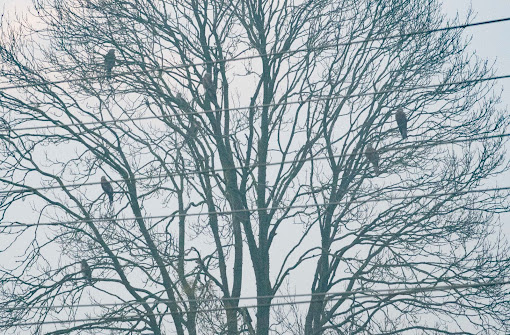 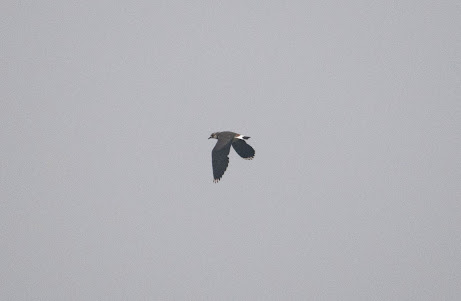 Upon checking the polo pitch the Yellow-legged Gull was easy to pick out, roosting with a group of Herring Gulls. It eventually stood up and showed its yellow legs before flying to the back of the field to feed. Always a quality bird locally – only my fifth ever – but the third this year. A first-winter Lesser Black-backed was also about. 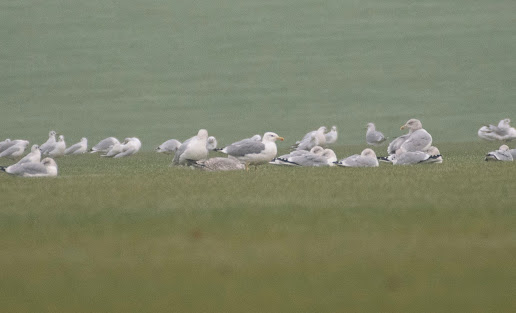 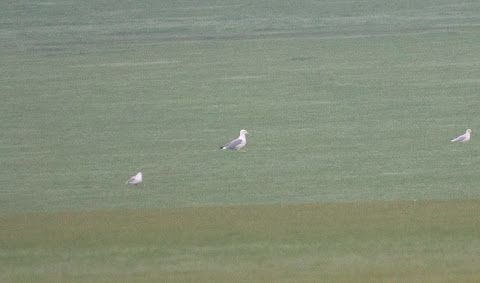 Monday 10th
Another murky start warranted another check of Frensham, though not before a pre-dawn trip to Shackleford for owls and partridges was undertaken. It delivered the latter – at least five Grey Partridges still present in the alfalfa, including three ‘singing’ males. I wonder how long they might stick? Six Lapwings were also present.
Both ponds at Frensham were quiet with the desired seaduck, grebe, Bearded Tit or Bittern lacking. A large film set was being erected at the Little Pond, which held three each of Water Rail and Crossbill. A trio of drake Pochard were best at the Great Pond, along with another Crossbill, Firecrest and an unusual, tight flock of five Little Grebes – a species I don’t see here regularly.
Posted by Ed at 09:38