This species of gull, I’ve come to realise this year, is rather rare in south-west Surrey. The latin for Great Black-backed Gull is Larus marinus. The clue is in the name: marinus meaning marine. It seems my local area sits in the no man’s land between the nearest coastal populations in Sussex and the closest London birds, which I take to be around Walton (there’s a roost at Chelsea and Lambeth Reservoirs). 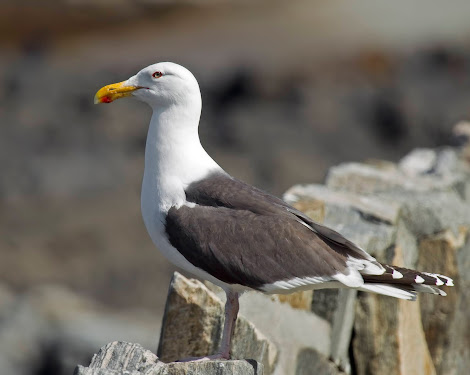 Any large gulls are of note in south-west Surrey, even Herring Gulls (genuinely!), especially on the deck. To see double-figures of large gulls on the ground is truly an uncommon event in south-west Surrey. There are no large gull roosts or loafing areas and, as mentioned, the nearest spots are far away. There are few open and flat areas of farmland and little suitable waterbodies – this means Black-heads and Commons are the winter staple.

And it’s this very obvious lack of large gulls that makes Great Black-backed so rare. In the Mole Valley, which is similar to my area (few waterbodies, lots of countryside with woodland predominating), Wes reckons he gets 40-60 GBBs a year … but they also get hundreds of Herrings overhead daily, on a flight line from London. I've also seen GBBs heading north over Papercourt at dusk on numerous occasions. Presumably, being that little bit closer to the capital makes all the difference …

A look at eBird, away from Thorncombe Street (where I had a handful of records a year) shows a remarkable seven (!) records of the species in the past decade. I’d fancy at least one of these to be questionable (a midsummer record of two); the one Shalford record by Kit came this year and was his first for his patch in four years of watching. I’ve only seen two this year, both tracking the High Weald Ridge near Hascombe Hill in February. I’ve seen as many Pied Flycatchers, Ospreys and Greenshanks locally this year, and more Great Egrets, Dunlins and – perhaps most tellingly – Yellow-legged Gulls!

I’ve never seen a local GBB on the deck. This ties in with the lack of large gulls, but you’d expect more flyovers, surely? Given my large amount of time in the fields (especially looking up!) this is what truly surprises me. At Thorncombe Street I averaged five a year since 2014 so presumed it’d be a similar pattern elsewhere. It now seems Thorncombe Street, which straddles the eastern border of south-west Surrey, is that much closer to the main outer Surrey flight lines. The top area in outer Surrey you’d expect them is Tice’s Meadow, and it’s a rare species there with a handful of records a year.

There is a pattern, though. It’s just about twofold, with the clearest spike during early spring passage. Some 86% of my south-west Surrey records have occurred between February and April, including three of the four (!) I’ve ever seen away from Thorncombe Street. My only 2020 records involved high-flying adults following the High Weald Ridge … it seems there is an early spring overland movement above the higher ground in the east of the area. I guess these are birds from northerly breeding grounds (both in the UK and Scandinavia) that have slowly been pushed south during the autumn and winter, and are cutting back overland. 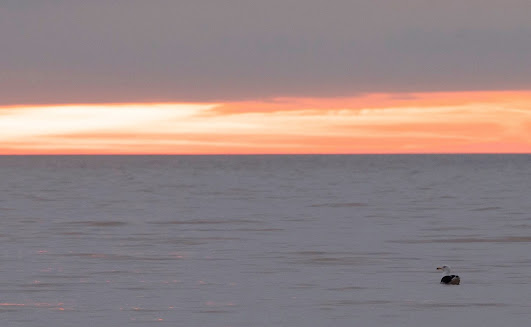 The other pattern is records during or following cold weather; a cold snap in winter seems to produce odd singletons flying around. Immediately after the ‘Beast from the East’, I had an astonishing nine over Thorncombe Street, for example. Cold weather, especially easterlies, always means more large gulls locally.

In all, this makes Great Black-backed Gull a very notable – if not rare – bird in south-west Surrey. It’s presumably declined too and a scan through recent Surrey Bird Club reports suggests as much. However, I’m still amazed that the Unstead SF bird reports up to the year 2000 record the species in most months of the year and as a semi-regular flyover … If there was such a thing as a recording group for south-west Surrey, there’s no doubt Great Black-backed Gull would be a description species.

If you bird outer Surrey I’d be very interested to hear your observations on GBB in your area. I’m not sure where or when I’ll see my next locally, but I better start thinking of a strategy if I want the species on my 2021 year list!

Ed,
There were 6 this afternoon at Mercer's Lake but its only a couple of years ago when we had 115 roosting. I think its all weather dependent, the availability of Rubbish Tips and no disturbance. It's Lesser Black-backed Gull numbers locally that have taken a nose dive this Autumn.