Thorncombe Street lies in south Surrey, within the Surrey Hills Area of Outstanding Natural Beauty. The hamlet of Thorncombe Street is 1.5 miles SSW of Bramley village, almost half-way between Godalming and Cranleigh, and is the chosen name of the wider area in which I bird. 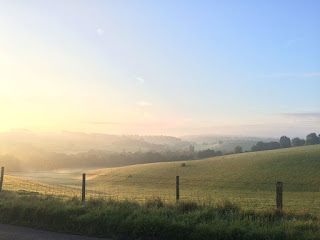 The recording area comprises of typical habitats found on lower greensand. Pastoral farmland and shooting estates are the most predominant, with deciduous woodland, some mixed woodland (and also occasional coniferous plantations) and water bodies also a common feature. A tiny, unnamed tributary of the River Wey runs from the north, through Mill Pond and Thorncombe Park, down to Winkworth Arboretum.

A National Trust property, Winkworth lies in the south-west. The south of the area holds some sandier ground, with coniferous plantations present. A number of footpaths run through the entire area but are little walked, and wildlife suffers lessened disturbance as a result.

The Thorncombe Street area has been heavily under recorded, no doubt partly due to its remoteness (within a Surrey context), and it’s still really just me covering it. Aside from thoroughly encouraging all birders/naturalists to explore the area, I also ask that if anyone does, records to me would be gratefully received @godalmingareabirds or godalmingareabirds@gmail.com. They’re all of use for the yearly report!

Below is a seasonal summary of what can be seen on a general or one-off visit:

Waterbird numbers are at their highest on Mill Pond, and it’s the best time of year for a more unusual duck, such as Red-crested Pochard or Wigeon. A mixed Bunting and Finch flock can be found on the Ridge, often holding at least some Yellowhammers and Bramblings. Wintering Firecrests can be found in the more densely vegetated areas, such as Winkworth. A large flock of Common Gulls can be found throughout the fields during the day, and Red-legged Partridges stick together in large coveys. Towards the end of winter, raptors begin to be more obvious, and it’s a good time to look for Lesser Spotted Woodpeckers. Skylarks will begin singing in the south of the area by mid-February.

Raptors become more and more in evidence, particularly on fine days, when up to 6 species can be seen. Woodpeckers too are at their easiest to find, and the first Meadow Pipit movement begins in late March. This is soon followed by the first Chiffchaffs, Blackcaps and hirundines, with Cuckoos normally in by April 10th. April is a good month to find Wheatears. Ravens are at their most active and often very conspicuous. May will bring in the later migrants, and soon Hobbies and Spotted Flycatchers will be seen throughout the area. Spring is particularly good for rarities – Montagu’s Harrier, Cattle Egret, and Kittiwake are some recent examples. 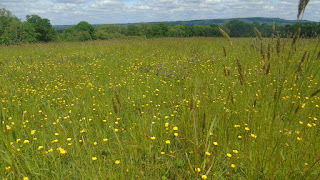 Typically, the quietest time, though the busy work of Spotted Flycatchers and numerous raptor species (up to 7) on the wing can make for pleasant birding. Fine evenings can produce 3 species of Owl. As autumn approaches at the end of July/start of August, flyover waders can become a real possibility – July 27th has produced flyover groups of Whimbrel and Black-tailed Godwits in 2 of the last 3 years! August sees the biggest movement of warblers, with Wood almost annual among the big Willow numbers mid-month. By the end of the month anything could be possible, with passerine migration beginning with Yellow Wagtails and Tree Pipits, as well as the odd rare raptor (Honey-buzzard & Marsh Harrier being recent examples).

As with anywhere, autumn is an exciting month to bird. September often produces big vis-mis movements of hirundines and Meadow Pipits – Allden’s Hill, the Ridge and New Barn are the best places to enjoy this. Yellow Wagtails, Whinchats, Wheatears and Tree Pipits are there to be found, and a session watching the skies can prove very fruitful. October sees a rise in Finches, Buntings and Thrushes, and it’s a prime time for Hawfinches and Ring Ouzel. Both are annual, and the latter are regular (if elusive) at the very end of the month and start of November. Migrating wildfowl can be pulled in to Winkworth or Mill Pond, with Pintail and Wigeon of note in recent years. By November, migration is winding down, though huge numbers of Woodpigeons can be seen roving over the area, and Woodcocks arrive back – this species winters in numbers, but is exceptionally elusive.

Parking: Parking is restricted, but possible, at various places. The lay-by at TQ 00026 42253 provides easy access to the footpath through Slade’s Farm and the Ridge, and all the way to Bonhurst. The lay-by by the gate at TQ 01186 40613 provides access to the path to New Barn, Nore Hanger, Juniper Hill and Hive Field/Tilsey.

Other places to park on the side of the roads can be found based on one’s judgement – these roads are generally very quiet, and it’s normally fine to pull over somewhere sensible.


Access: Much private land, but also plenty of footpaths running through the site, most of which offer spectacular scenery. Mill Pond and Bramley Park Lake can be viewed easily from their northern shores. Disabled access is limited.