July has drawn to a close. From a birding point of view, the breeding season is now truly on its last legs and autumn migration is well underway – something reflected in recent field sessions. Perhaps the most notable thing while outdoors at present is how dry the land is. Water levels are super low and many plants are struggling. It's not surprising given how little rain we've had since March.

Thursley is in full post-breeding mode now – barely any song to be heard but plenty of juvenile birds about. It was a fairly quiet walk this morning, though a female Whinchat around Pine Island was good value. This bird, found by Dave the previous evening, is only my second July Whinchat in Surrey. 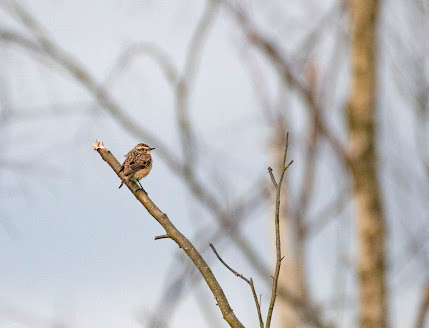 An adult and juvenile Water Rail were at Pudmore, where seven Teal were knocking about.

A male Sparrowhawk and a Kingfisher were nice to see at the Lammas Lands this morning, where a juvenile Song Thrush was belting out song. At least 75 Swifts were over towards Farncombe – an excellent number indeed.

During a mid-afternoon walk around Hydon's Ball two Hobbies were seen hawking overhead.

It was breezy at Tuesley this morning, with a steady number of large gulls moving through as a result. These included two juveniles – a Herring Gull and, to my delight, a Yellow-legged Gull, which loitered both loitered for a few minutes before moving off east. I didn't see any Yellow-legged Gull locally last year so this was a particularly pleasing record.

A mixed group of at least 200 Swifts and hirundunes (all three species) were zipping around overhead, drawing the attention of a Hobby.

The smell of smoke from yesterday's devastating fire at Hankley Common wafted through the air at Thursley this morning, where I was surprised to see the female Whinchat still knocking about around Pine Island.

Two tiny Water Rail chicks were a joy to see at West Bog and presumably from a different pair to Pudmore, where an adult was present, along with a Snipe and four of the currently obligatory Teal.

A juvenile Little Ringed Plover was at Tuesley this morning, which was grey and fresh in the north-westerly wind.

I then visited Frensham Great Pond, where a summer plumage Little Egret was along the southern side. Other bits seen included Kingfisher, Reed Warbler and 30 or more Sand Martins.

With the wind in the south-east and a light mist in the air it felt promising this morning. An Oystercatcher at Tuesley reaffirmed this belief – only my second here but an impressive third record for me in south-west Surrey this year (after single records in 2020 and 2021). 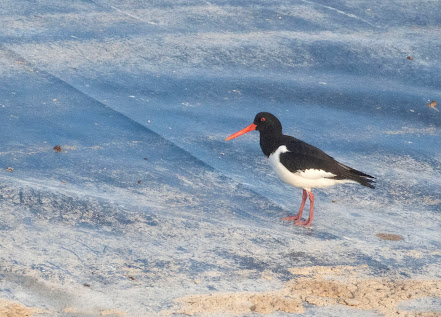 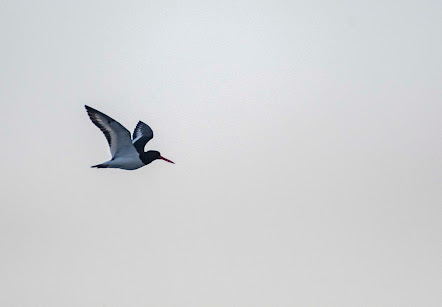 It was then onto Thursley, where I was pleased to see three Green Sandpipers at Pudmore. As I was watching them a Little Ringed Plover flew over – an unexpected but welcome third wader of the morning. A secured a long-legged species quartet when three Snipe zipped over West Bog. 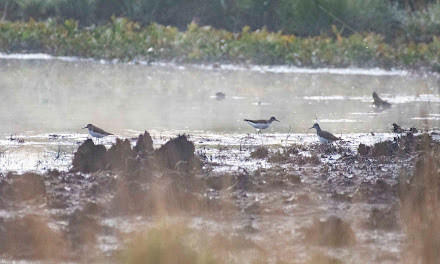 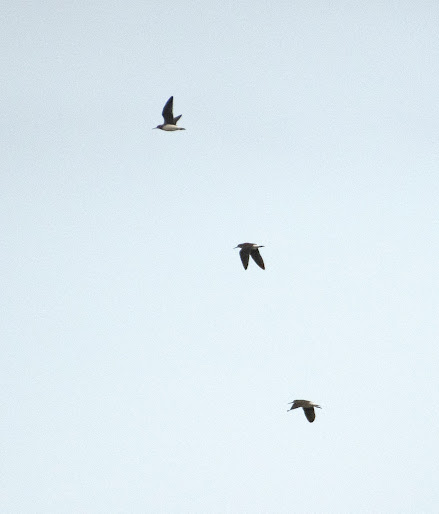 The rest of the walk was quiet, save the two Water Rail chicks again and a calling Bullfinch near Elstead Common.

I stuck my head in at Eashing Fields before work. There was little of note until I started heading back, when a smart juvenile Willow Warbler flicked along the fence between Top Field and The Meadow. I spent a while admiring this lemon-yellow beauty, as it carefully and silently foraged. 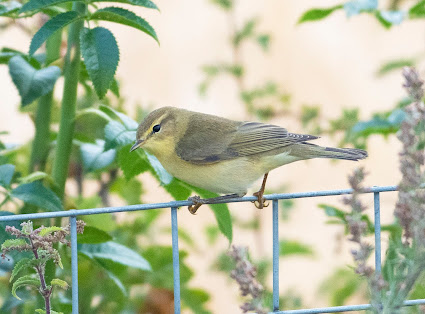 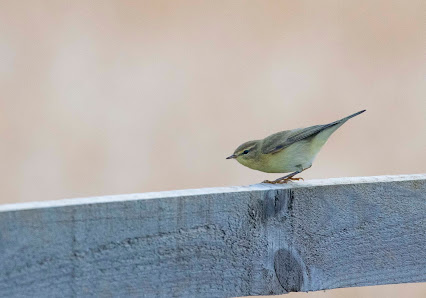 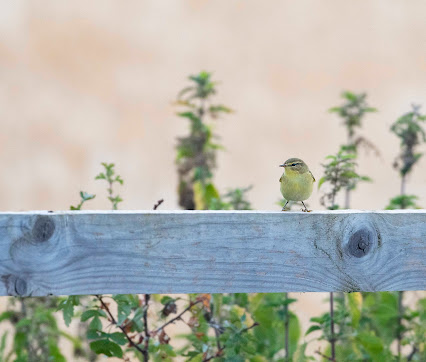 This was in fact a 1 km year tick for me – my first since Hobby in early July. It’s rather sad that this species is only a passage migrant in the immediate area, and an uncommon one at that …

An eclipse drake Gadwall on Snowdenham Mill Pond this morning was my first local record since 7 May, with 36 Mandarin, a female Sparrowhawk and the female Red-crested Pochard x Mallard hybrid also about. Sadly, the Mute Swan pair seem to have lost their two cygnets.

I then headed into Thorncombe Street and walked part of the southern section around New Barn – somewhere I'd not visited for a while. The highlight was a family party of five Spotted Flycatchers around New Barn pond, calling frequently as they hunted insect prey. This is always a reliable area for this species at this time of the year. 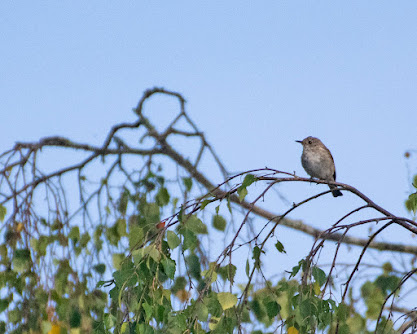 A Garden Warbler was nearby, with Marsh Tits heard in Scotsland Brook and Nore Hanger. At Great Brook, at least two juvenile Sparrowhawks were heard calling from within the conifer plantation.

A grey, breezy and mild morning saw another juvenile Little Ringed Plover at Tuesley – a different bird to 26th. It was otherwise quiet and, curiously, I end July without a single Common Sandpiper record.

I visited Thursley afterwards, with a juvenile Peregrine rampaging around West Bog a nice surprise, it being only my second of the year here. Singles of Green Sandpiper and Lapwing were at Pudmore as well.