Day four dawned in Fort Myers, with the plan to start on the coast before working inland, chasing four species I’d had my eye on for several weeks: Crested Caracara, Mottled Duck, Reddish Egret and Florida Scrub Jay. All required a bit of work and specific sites, but should be easy …

First up was Sanibel Island, and the renowned J.N. Ding Darling National Wildlife Refuge. Of course, being the US, this was drive-through, and on a gorgeous morning the first few pools included trip ticks Glossy Ibis, Knot and Lesser Yellowlegs, as well as tonnes of other waders, herons, egrets and ducks. Prominent though were Pied-billed Grebes and the rafts of Blue-winged Teal – surely one of the finest looking ducks around. 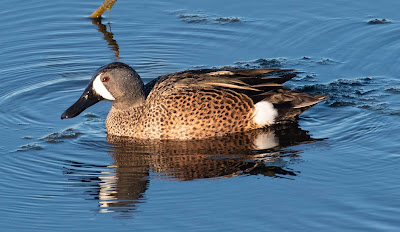 Ducks vie with raptors for the position as my favourite bird families, and the main prize at Ding Darling was Mottled Duck. This species is restricted to localised parts of North and Central America, and the Florida population is the nominate subspecies. ‘Florida Duck’ only occurs in the southern half of the state and is threatened by hybridisation with Mallards … anyway, after distant views on one of the first pools, far better ones of four individuals were achieved a little later. A Yellow-crowned Night-Heron ran over the road too – the final of only two seen all trip. 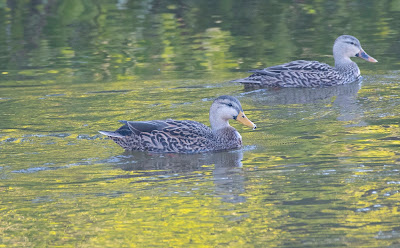 After, it was back to the east end of the island, to Sanibel Lighthouse Park and Point Ybel. An idyllic beach felt full-Florida with Brown Pelicans and American Royal Terns cruising overhead, and an Osprey pair nesting on the lighthouse. It didn’t take long before the target was found – Reddish Egret.

Two were hunting in the shallows at the far end of the point, totally unperturbed by shell collectors, fisherman and my enthusiastic self. Unfortunately the sun was fully up now and the light was pretty sharp, so the photos weren’t what they could’ve been … still, a real stunner of a species with the beautiful rusty maroon head and neck working nicely with the grey-blue body – for me the most striking Ardeidae in this part of the world. No wonder they were nearly hunted to extinction for their feathers. 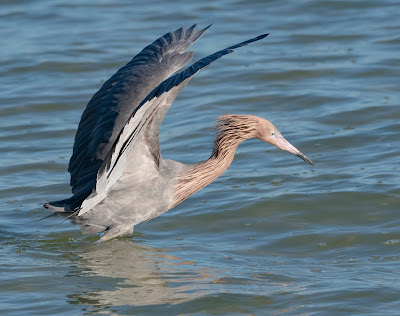 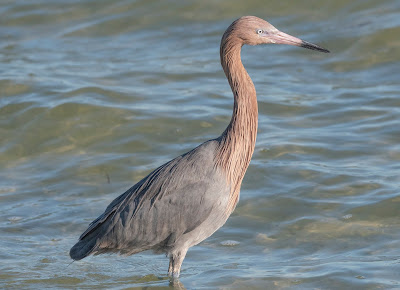 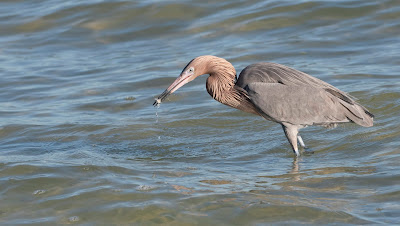 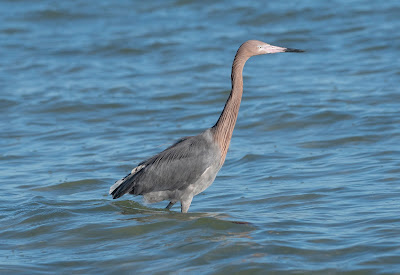 The final coastal stop of the morning was San Carlos Bay, back over the bridge near Fort Myers. A nice selection of waders included Willet, Short-billed Dowitcher and Dunlin, with a few Piping Plovers among the throngs. One ringed bird (there are many schemes for this heavily monitored species) showed well. Hooded Mergansers and Great Northern Divers were offshore. 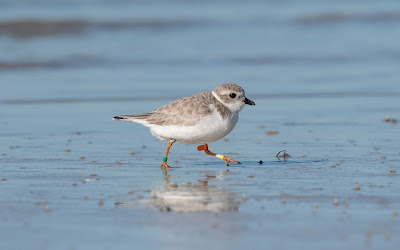 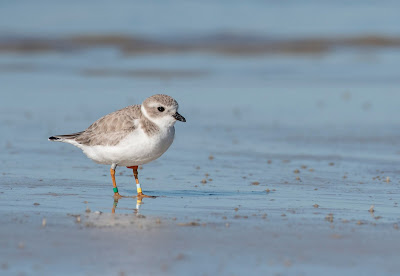 From there, it was back inland, heading into rural Florida for the other two main targets. I’d stocked up on eBird gen for Crested Caracara and Florida Scrub Jay, but the first two sites failing to deliver either (or much at all) was a sign of things to come … that said, the third stop – Harms Marsh – was a real gem.

Despite the heat of the middle of the day, the shallow end of the lake held loads of birds –  Blue-winged Teal, Ring-necked Duck, all the usual herons and egrets, American Coot, Common Gallinule, Double-crested Cormorants and Anhingas, with both vultures overhead, tonnes of Red-winged Blackbirds in the reeds and a few American Robins in the trees. American Bittern wasn’t a species I was expecting to see – at least well – so when one crept along the edge of a reedbed for several minutes I was delighted. 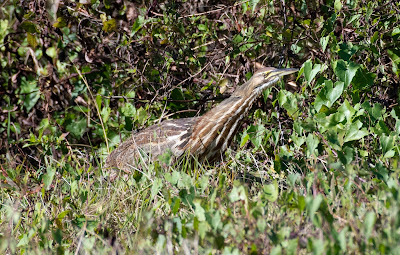 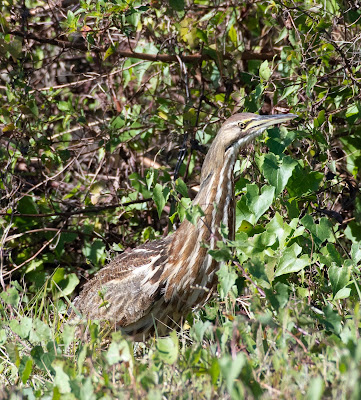 A party of Sandhill Cranes were very confiding along the bank, and some Grey-headed Swamphens (a category C special here) were crashing around in the wet vegetation. Sadly, here too was devoid of caracaras and jays, but on the walk back a sparrow was booted up inadvertently. I got nothing on it, other than a Little Bunting-esque embarrassed red-cheeked expression and obvious eye ring. I managed one out of focus photo but am happy with Grasshopper Sparrow as the ID. 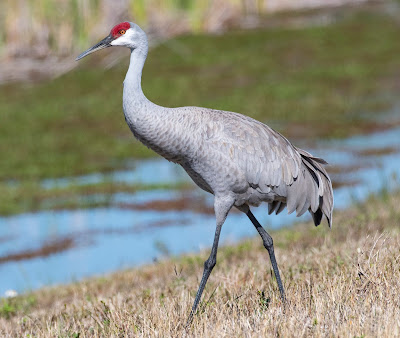 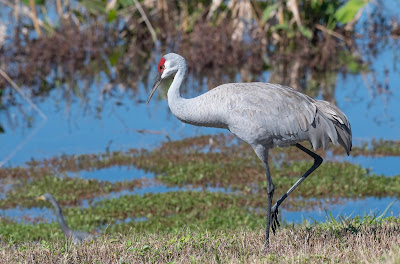 A couple more rural stops for Crested Caracara proved fruitless, and a look for scrub jays at Archbold Biological Station drew a blank. With a huge stroke of fortune, however, we chanced upon a Crested Caracara while driving near Basinger – a big slice of luck and sadly no time for photos, but an impressive site as it pursued a Wood Stork. 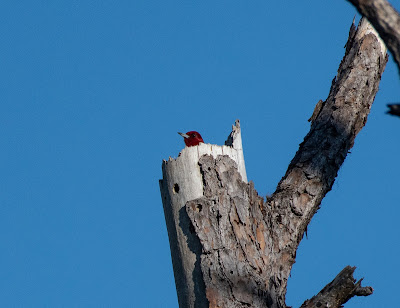 Not ideal for a species I really wanted to see well, but you can’t have it all, and this was the only (really minor) blip in terms of birds on the whole trip. With the day closing, we headed to Lake June-in-Winter Scrub State Park, for a final look for Florida Scrub Jay. Brown-headed Cowbird and Red-headed Woodpecker were new here, with Peregrine and Slavonian Grebe unexpected. There was no sign of any scrub jays but, at the end of the most frustrating day of the trip, the moment of the holiday occurred, just as we were driving off to find a hotel. 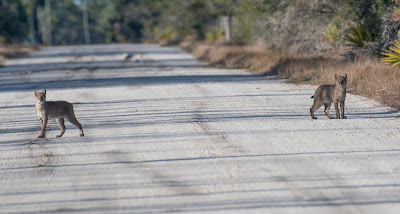 As we pulled out the car park, two Bobcats stopped in their tracks along the road, before watching us for a couple of minutes. It was a spine-tingling moment and a magical encounter. I was able to get the window down and fire off a few shots before they slunk off into the scrub, never to be seen again … amazing! To top things off, as we cruised east with the sun setting, another Crested Caracara was seen from the car, perched on a jump at a ranch.