Mid-October 2020 was a hive of birding activity in Britain: easterly after easterly was producing Sibes galore, vis-mig was dynamic and it felt like the next big find was just around the corner. My blog post for that time was 'the year that keeps on giving'. 2021 is totally different – the year that keeps on underwhelming, more like! But that's birding – every year is different and the hobby wouldn't be as fun as it is if that wasn't the case. And one good thing about birding inland is the fact that, even if things are pretty dead nationally, contextual rares can still turn up.

It was mild and cloudy at Thursley, where a two-and-a-half-hour walk saw 48 species logged. Arriving pre-dawn, there were lots of thrushes on the deck including good numbers of Blackbird, Song Thrush and Redwing, as well as three Mistle Thrushes. Perhaps it was no surprise, then, that a male Ring Ouzel was flushed from Shrike Hill just before 8 am – my first here. This species is having a poor autumn so it was nice to encounter and, apparently, it's the first at Thursley for more than six years …

A couple of Bramblings, a flock of nine Crossbills, eight Siskins and six Lesser Redpolls were noted among a decent spread of finches. A Yellowhammer in flight over Ockley Common was a surprise – my first here this year and only the third on the common in 2021, despite the presence of the breeding population at nearby Witley Common. Other bits included a Snipe at Pudmore, singles of Sparrowhawk and Kestrel and some 200 Pied Wagtails out of roost.

It was drizzly and gloomy at Tuesley first thing, but this slowly lifted over the next couple of hours. It turned out to be an enjoyable session, with a bit of vis-mig bumping up the species total to 48 – a new personal best for me here, having only cleared 40 once before (getting to 25 is good going usually!).

To my surprise, the two Rock Pipits were still about but proved really mobile and hard to pin down. It’s been a good autumn for this species inland. A Green Sandpiper was also around. 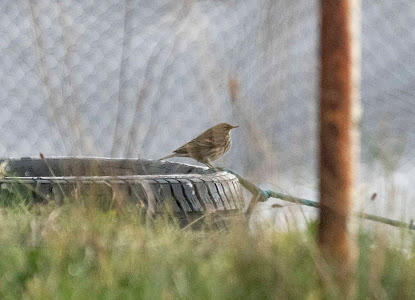 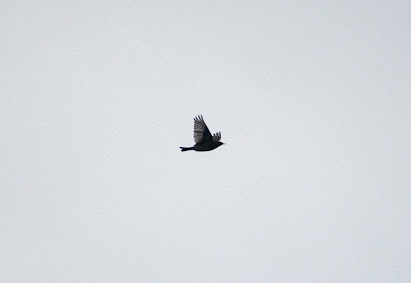 The best action was in the skies, though, and included my first Tuesley Bramblings (at least two), as well as only my second Skylarks (two) of the year here. Other notable bits overhead included my second site records of Teal (three) and Snipe (one), the latter my first since September 2019 and the 14th wader species here in 2021 …

I checked Snowdenham Mill Pond mid-afternoon for the first time since late August. It's a site I love but isn't currently on my main birding circuit. Some 14 Gadwall were counted, with the family group of Mute Swans present and correct too.

At least one of the Rock Pipits was still at Tuesley early on, making it a week on site, although it was particularly elusive. Two Mute Swans flew north, Little Grebe numbers were up to 22 – a new high count – and the Green Sandpiper was again foraging along the shoreline. 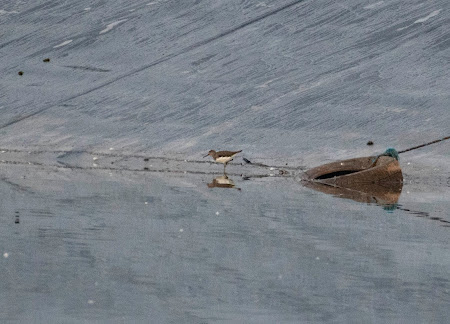 After this, an hour-and-a-half at Shackleford was rather quiet, with a Red-legged Partridge, a female Kestrel, two Stonechats and six Ring-necked Parakeets highlighting, as well as 149 Stock Doves feeding in the northern fields. I was pondering my next move when Shaun messaged with news of a Brent Goose at Frensham. I figured it'd be nice to see, so I headed down.

What I wasn't expecting was for the bird – an adult – to be incredibly tame! Incongruously enough, it was sat on the beach roosting with Mallards, seemingly very tired. I was able to get down to a few feet of it without causing disturbance and, although approachable, the date fits a wild bird perfectly for Surrey and there were no signs of captivity. 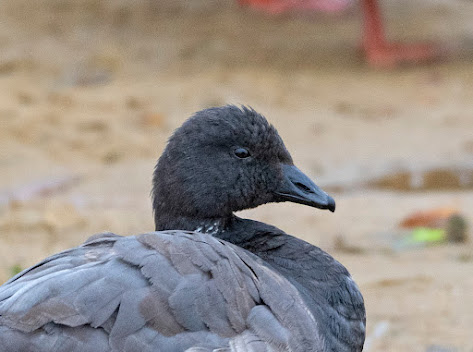 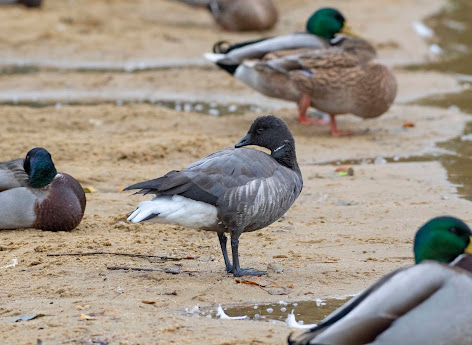 It occasionally ventured into the water when a roving dog or toddler came too close but was otherwise quite content, even allowing for mobile phone footage (see below)! A nice experience and only my fourth in south-west Surrey, though the second this year after a blank 2020, 2019 and 2018 locally.

In the afternoon, I tried my luck for a Purple Heron in Sussex for the third time in the last year – and dipped again. It was mild and sunny at Honer Farm, Pagham, though, with a juvenile Swallow on the wing. On the way home, a stop at a private farm reservoir not far from Pagham produced a cracking Black-necked Grebe that showed nicely in the afternoon sun. It was nice to get good views of this species in winter plumage – usually they are a distant speck. A couple of Pochard and a few Shoveler were also present. 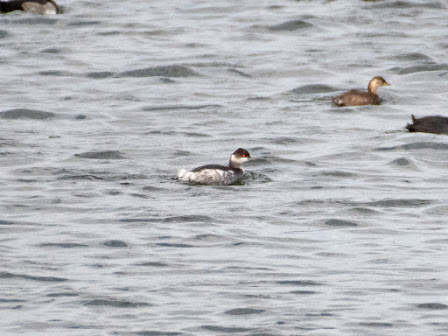 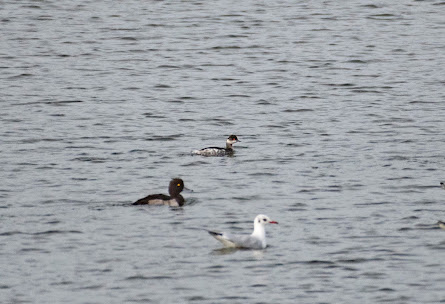 No sightings of note today.

It was drizzly, windy and mild during a check of Snowdenham Mill Pond before work. Six Shoveler included three adult drakes and 13 Gadwall were counted, with singles of Mandarin and Tufted Duck also present.

Another windy morning and a look at Tuesley confirmed that the Rock Pipits had moved on. It was very quiet, with a female Kestrel the only bird of note.

Despite heavy rainfall overnight, I was still surprised at how flooded the water meadows between Farncombe and Unstead were during a late morning stroll. Presumably the wet summer is a factor – we could be in for some serious flooding this winter. The common gulls and wildfowl had moved in, with three Mandarin – uncommon on the deck here – of note. Passerine activity included two Chiffchaffs, a Bullfinch and a few Siskins.

It felt like winter at Shackleford pre-dawn with a light frost and sharp westerly. Ringing was inevitably quiet in the bright and breezy conditions, but some good content was still to be had, not least a subadult Great Black-backed Gull that lumbered south over our heads. This is a genuine rarity in south-west Surrey (read here) with this only my third of the year, and the fifth in the last two years … 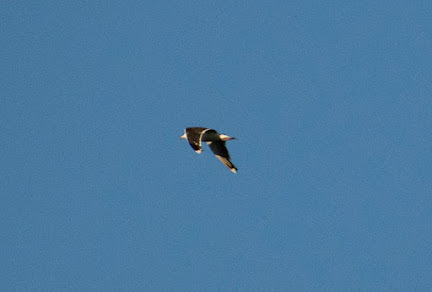 Some light westerly finch passage included probably triple figures of Chaffinches, as well as at least 10 Bramblings and three Lesser Redpolls. A Yellowhammer was very much of note and my first here since last winter, while Little Owl, Kestrel and two Egyptian Geese were also present.