The year of the pipit ends with pipits

Apart from a jaunt to West Sussex, the last few days of 2019 have been somewhat quiet, despite a nice haul of species acquired on said day out and a few local treats still knocking about. It is ironic that, after a year in which pipits have featured prominently, most of the highlights have involved various pipits.


On 26th I was at my parents in West Sussex. I’d been looking forward to some birding but the weather was absolutely foul all day – I was restricted to a seawatch (with Great Northern Diver highlighting) and a brief, successful scan for the Dell Quay Long-tailed Duck, before failing to locate any Brent Geese flocks.

There was no birding time on 27th or 28th, though in the evening of the latter two male Tawny Owls were calling from Allden’s Hill. On 29th, however, the day was clear and it started on the Lammas Lands, where I could only locate one Water Pipit in a half-hour stomp around. I suspect the three (or more?) are still out there and the next couple of months and following winters will answer the question of whether or not this is indeed a ‘secret’ site for the species.


Having discovered the Water Pipits on 24th, Sam J produced another quality local find the following day when he had a Cetti’s Warbler by Perry Bridge on Unstead Water Meadows. This really is a good bird in south-west Surrey so I stopped in after the Lammas Lands. No sign, sadly, but at least four noisy Water Rails, a Stonechat and no fewer than nine singing passerine species were most welcome.

It was then down the coast. Fishbourne Creek, west of Chichester, has had a good run this autumn and we decided to walk to Birdham and back. Of 66 species logged, 10 were waders – usual fare aside from a Jack Snipe flushed by the rising tide. Of seven gull species, there was one each of 1st-winter Lesser Black-backed and Yellow-legged Gull, while wildfowl included four Goldeneye and two Red-breasted Mergansers.


The sewage works near Fishbourne look absolutely mega, stuffed with scrub, reeds and hedges. So many interesting insectivores must get in there … sadly all I could manage was a handful of Chiffchaffs and a couple of Cetti’s Warblers. Surely a good place to have a poke around in autumn. 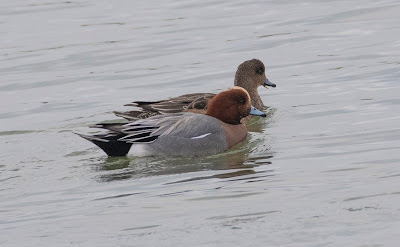 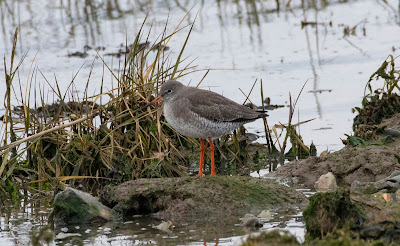 The highlight of the walk was a small, loose flock of pipits on the saltmarsh at the north end of the creek. A Water Pipit had been knocking about here for a while a couple of weeks back – what was surely the same bird was seen in flight twice and briefly on the deck. Best of all, however, was a green-ringed Rock Pipit. 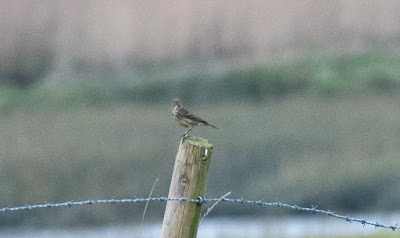 It turned out this was a littoralis bird and had been ringed by Sunnmøre ringing group at Maletangen Observatory on the west coast of Norway, some 1,407 kilometres away. Sadly, I couldn’t get close enough to read the exact number so it’s age and sex will never be known – as the pictures testify, I was hard enough to get any photo. Migrant littoralis must be seriously under recorded inland …

Afterwards, we visited Amberley Wild Brooks to connect with the paltry Arun Valley Bewick’s Swan ‘herd’. This sad tale of decline encouraged me to write this piece the other week; I’m particularly fond of these birds and visit them every winter. As if by Christmas miracle, this trio arrived on Christmas Day (by far the latest ever arrival date) and have been favouring the vast floodplain at Amberley since. 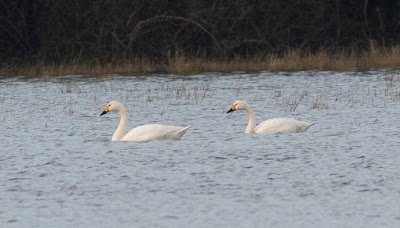 Having enjoyed decent enough views of the swans, we headed up to the viewpoint at Rackham. The scene was breathtaking and I regret not taking photos. It looked like Biebrza or Madre de las Marismas: literally thousands of wildfowl and Lapwings, with an associated cast of raptors (five species). It was quite special watching flocks come and go, to the sound of whistling Wigeon, ringing Teal and bopping Pintail, while a Marsh Harrier cruised over.

We made an effort to walk Rackham Wood prior to reaching the viewpoint. This awesome woodland – managed by the RSPB – was stuffed with seemingly multiple parties of tits, Treecreepers, Nuthatches and woodpeckers. I was quite amazed when a Lesser Spotted Woodpecker appeared briefly in front of me, though surely the species breeds here or nearby. Four Marsh Tits were also tallied.


I had a quick look at Unstead SF yesterday. Plenty of Goldcrests were knocking about, along with a few Chiffchaffs, including one curious individual. Strikingly pale underneath, it was drab/beige above but in some light appeared quite a bit more olive/green.

It also had next to no supercilium and the legs and feet didn’t look great for tristis – probably a candidate for abietinus (Scandinavian). On warm days up to eight chiffs can be seen from the path. But given the best habitat extends far from said path, there are likely tens of them wintering on the site. 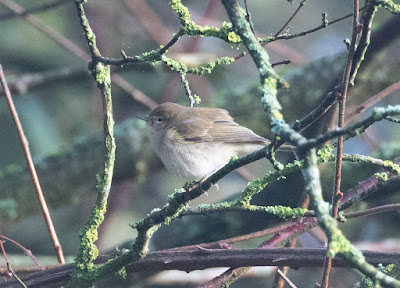 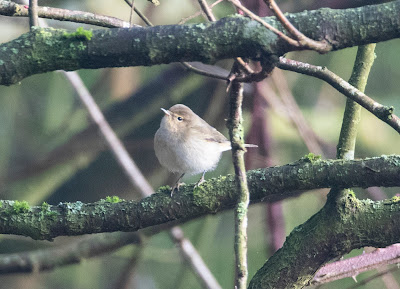 Today I had a quick look at patch in the morning. It’s a good job I’m not going hard for the patch year list in 2020 as it’s truly quiet, especially on Snowdenham Mill Pond. Anyway, 144 Common Gulls at Lower Combe Farm was the first notable count of the winter. Who knows what 2020 will bring? In the short term it looks like fog, with a gentle south-easterly rolling in tonight. Reviews of 2019 on patch and in wider Surrey will be up soon.
Posted by Ed at 08:09