Where the wildfowl and finches at?

A new year is upon us. Normally, that’d mean racing around Thorncombe Street trying to hoover up year ticks, but in 2020 the patch year list is taking a break. I’ll keep one, of course, but won’t chase it (2019 patch review here by the way). As a result things have started somewhat inauspiciously, not helped by a real dearth of wildfowl and seedeaters in this part of the county – something that was reinforced during the south-west Surrey winter bird race on Saturday.


As is tradition now, the new year started with a hangover at Snowdenham Mill Pond. A leisurely couple of walks on patch yielded little other than impressive numbers of Marsh Tits, but finches and ducks were notable by their absence – on patch, I’ve still not had Tufted Duck this year (wintering flocks of 20+ at two sites most years!) and only bagged Linnet and Siskin on Sunday.

The ducks are probably spoilt for choice, what with the recent flooding, but the lack of seedeaters surely links to the mild winter. The Ridge – always a safe bet for a hundred or more finches and buntings in winter – is devoid of birds. I did manage to locate a few on Broomy Down on Sunday, with access now back, with a nice flock of 14+ Yellowhammers (sound recording here). No Reed Buntings anywhere, though. 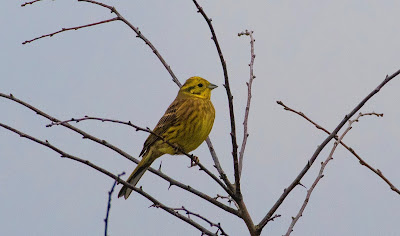 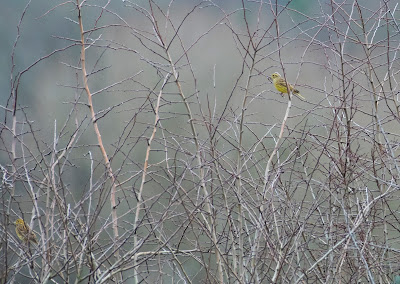 Pre-bird race on Saturday, a few visits to other local sites produced little. A Chiffchaff was the best from two walks at Shackleford, a Coot on the Lagoon at Unstead was my fist there since February 2015 and there was no sign of any Water Pipits on the Lammas Lands on 2nd or 3rd – presumably they were flood related after all …

Unlike most of these visits, the bird race did in fact feature birds. 85, to be precise, though Kit (my sole teammate after Sam fell ill) only got on 82. A pretty neat haul for midwinter round here. We started an hour and a half before dawn, at Thorncombe Street. Thankfully one of the Little Owl pairs showed (eventually), but it took a while – why has this species become so hard to see?

Tawny Owls were rife here, and at Shalford Water Meadows, which was the next site. Snipe was bagged, before we got Water Rail at Unstead SF (and the only Sparrowhawk of the day). We’d planned to do our first main, ‘common passerine collecting’ walk on a heath, and opted for Crooksbury Common. This meant going via Cutt Mill Ponds, where Goosander (six), Mandarin and Great Crested Grebe were notched up. 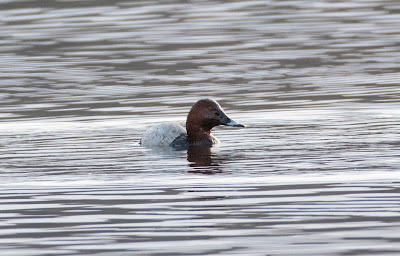 We got to Crooksbury before sunrise. It was rather quiet, but thankfully the main target – Dartford Warbler – showed early on. A Brambling flew over – one of 22 finches on the entire heath/woodland! We also got many common woodland species, plus Stonechat. A road closure took us the long way to Frensham Great Pond, but we added Collared Dove, House Sparrow and Starling on the way while driving through The Bourne.

We weren’t at the pond long, by the hotel, when the other team (comprising Steve, Martin and Peter) rocked up. They’d had a productive time here already, though it didn’t take long to prove fruitful for us. Bird of the day was a distant drake Pintail – a rare bird in south-west Surrey. We also bagged our only Shoveler of the day (two) amid a paltry haul of wildfowl; a few Pochard and larger numbers of Mallard and Tufted Duck.

Bonus species here included the only Kingfisher of the day, a showy Firecrest in the holly and a Marsh Tit. Next up was Wrecclesham Floods for a big south-west Surrey … on the way we drove past Frensham village and the ‘Glossy Ibis meadow’, adding Egyptian Goose, Lapwing and Little Egret (the latter duo flyovers).


Pulling up at Wrecclesham, shock-horror – the water had gone! There was one Little Egret, but no Wigeon, which was the big target here. We hastily headed back east, passing Seale, before parking up at Shackleford farmland.

This site was good to us – Red Kite and Buzzard took little time, before Skylark, Meadow Pipit and Linnet joined the list. One each of Yellowhammer and Reed Bunting (the former our only one of the day; the latter one of two) a real bonus.

Better still was two Ravens, which cronked in from the west before landing near Hurlands – the only ones either team had all day. To top it off, south-west Surrey’s only Ring-necked Parakeets announced themselves shortly after. 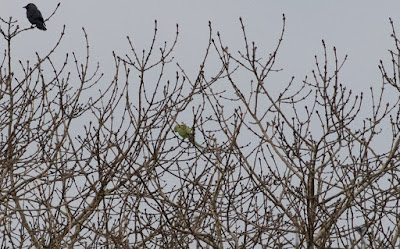 Next up was Allden’s Hill for Red-legged Partridge, before Snowdenham Mill Pond yielded our only Mute Swans of the day (!), with a flyover Little Egret a very welcome patch bird for myself in between. Still needing Greenfinch and Grey Wagtail, we were most satisfied when both gave themselves up in the car park at Unstead SF. Our main quarry here – Chiffchaff – was just as straightforward by the works.

We didn’t score Teal, though, and the lack of wildfowl theme meant we hadn’t had any at any other sites, including Frensham, Snowdenham Mill Pond or Wrecclesham. So, to Shalford Water Meadows, where a bit of hard work eventually secured two. We had our second and final Greenfinch of the day here, as well as the second and final flock of Siskins … shocking stuff.

We had lunch at Thorncombe Street, adding Kestrel, before fretting about where to get Herring Gull – large gulls are hard around here! We dipped at south Guildford, before we chose to concentrate on Little Grebe, another species we hadn’t picked up yet but which was guaranteed at a couple of sites.

Indeed, we duly bagged the grebes at said site near Milford. However, much better was the presence of five large gulls among Commons and Black-heads: three Herrings and two Lesser Black-backed! Excellent stuff, with the latter never easy around here.


At this point, we had little to chase, save a few finch species. Thus, with time to spare and with Sam and I eking out our only ‘flock’ of the species earlier winter, we headed to Chiddingfold Forest – to twitch Lesser Redpoll. On a winter bird race. In England’s most wooded county. Crazy, really.

Anyway, the small party of six or seven birds were pinned down, before our final tick of the day. And what a fluky one it was. I left the footpath in the forest, explaining to Kit to keep an eye out while I flushed up a Woodcock. Seconds after I said it, one burst out of the bracken beneath me and flew off! Amazing fortune on a bird race. 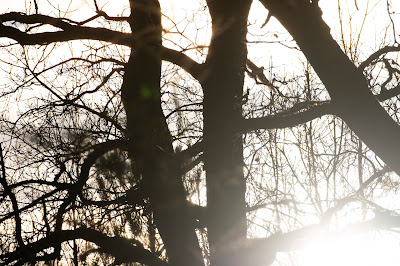 And that was our 85th bird of the day. We met the other team at Thorncombe Street for a dusk vigil, where Tawny and – pleasingly – two Little Owls performed nicely (eventually). Neither team scored Gadwall or Crossbill, nor Woodlark or Barn Owl – the latter was also dipped on the summer race last year. In all a fun day of local birding. I look forward to further adventures in this part of the world during 2020.
Posted by Ed at 02:10