Well, lockdown is upon us. For the next three weeks (at least), birding at home or on short foot- or bike-based excursions from the house will be the only chance to get in the ‘field’. One rolls their eyes at the ironic timing – spring has just sprung, days are getting longer (the clocks change at the weekend) and it’s generally one of the most pleasant times of the year to get outside. But all of that is so irrelevant. It’s integral people finally begin to stay at home and practice social distancing.


My partner works for the NHS so we’ve been following such rules for a while now. The Prime Minister’s update yesterday evening doesn’t change much for me, save no more engaging in any level of local twitching and going anywhere by car. My previously outlined south-west Surrey big year is stopped in its tracks. Such a list seems beyond frivolous in these times – that, plus general birding, football, the gym, seeing mates and so on is paused for now …

The past week in the field – which has been good fun – will keep me motivated for when the lockdown eventually is lifted. On Wednesday 18th I spent my last social interaction with Abel, at Unstead SF in the afternoon. We undertook a little habitat/site maintenance, mainly clearing fallen trees and trimming bushes.


Bird observations were limited save an Egyptian Goose pair with seven young, a juvenile Mute Swan on Flooded Field and, best of all, a Kingfisher over the River Wey – my first at Unstead since 1 September 2000 (!), which is the first Kingfisher I ever remember seeing. A quick stop at Shackleford afterwards yielded no sign of the White Wagtails, but an impressive 158 Stock Doves on the plough was my biggest Surrey count.

Having kept an eye on the weather, Thursday 19th was all about one thing: finding a Common Scoter in south-west Surrey. The absolutely perfect combination of overnight drizzle and fog with a gentle north-east wind was ideal – and indeed many inland sites held scoters on 19th, including Holmethorpe SP and Walton Reservoirs in Surrey – but I failed to find any at Tuesley Farm or Frensham Great Pond. In fact it was disappointingly quiet at all sites and, with no scoters picked up on noc-mig, the bird of the day was probably the singing Blackcap that I woke up to at home …

That night, news of a Short-eared Owl at Thursley on Wednesday emerged. This species is weirdly really quite rare in these parts. I’ve never seen one in south-west Surrey. With more, albeit not as good, scoter weather forecast I planned to check Thursley at dawn before moving on to Frensham.

As it happened, the weather was too clear for grounded seaduck. I also drew a blank on the owl at Thursley – not to surprising as they rarely stick there. The (so far single) male Curlew and a flushed Woodcock were best on the boardwalk, though notable northward tallies of 64 Meadow Pipits and 36 Siskins were noted.


It was obvious that conditions weren’t good at Frensham, so it was most pleasing to pick up my first hirundines of the year over the Great Pond …

No fewer than 18 were flittering over the north end of the pond. A welcome consolation prize for yet another failed trip to Frensham (five now, including the Bittern efforts). A quick check of Shackleford on the way back was in order. This site clearly gets a lot of Wheatears on passage. There is no data-based evidence of that, but the habitat is perhaps the best in south-west Surrey for migrant chats and the like.

A few more Meadow Pipits than usual were on the model airfield (including some remarkably buffy/reddish looking adult males). Then, there it was …

And a superb male to boot. The first Wheatear of spring is always ace and this was in fact my earliest ever in Surrey. Good times, though they got even better as another was then picked up, before a third and then a fourth: no fewer than four (three males and a female) dotted about the model airfield. A wonderful early spring moment close to home. 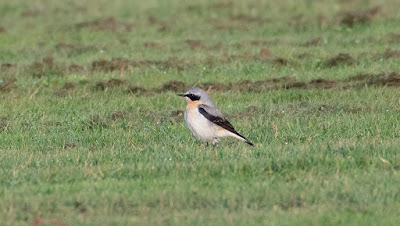 Strong north-east winds over the weekend hinted at waders. There are so few sites locally for wading birds. Still, I have dutifully checked Tuesley Farm res this year (and in years gone by), though have never managed a notable reward. This changed at dawn on Saturday.

I popped my head over the bank, did the usual scan (which involves seeing nothing special, usually), before a pair of orange-red legs propped up on some black piping caught my attention. Redshank! I was chuffed – apart from Lapwing, Curlew, Snipe, Woodcock and Common Sandpiper, any wader will be a real bonus this year, let alone one as scarce locally as Redshank. Ubiquitous on the coast, this has become harder to see in Surrey. Even the wintering population at Walton Reservoirs is no more.


I’ve only five (!) previous Surrey records of Redshank and this was my third in south-west Surrey, the last at Unstead SF 12 July 2004. And what a dapper bird it was too, dressed in summer finery. I bid it well for its journey (it looked knackered) and left it be … 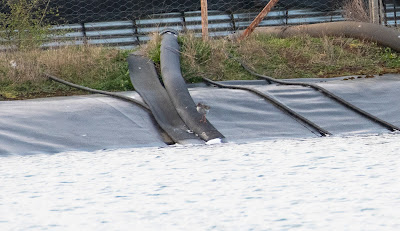 Passing through the patch, Allden’s Hill delivered a singing Blackcap (and a leucistic Linnet that briefly got the heart rate going), before I reached Unstead SF. It was a decent session, most notable for my second-ever Unstead Raven overhead and the continuing Cetti’s Warbler, among 41 species. The Flooded Field and flash further north by Trunley Heath Farm look great for waders at present, though the water levels are receding rapidly now. Ones to check out on the bike in the coming weeks, perhaps.

A pit-stop at Shackleford revealed three lingering Wheatears. I then returned to Unstead in the late afternoon, by which time many insects were on the wing. This delivered a/the female Stonechat in the South Meadow, but also a wonderful pair of White Wagtails with their Pied congeners around the horses – my first for Unstead and the second time I’ve bumped into White Wag locally this spring. 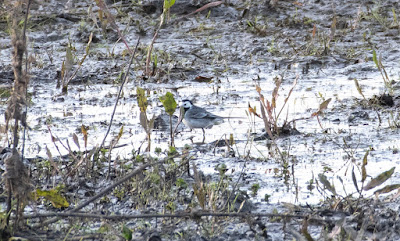 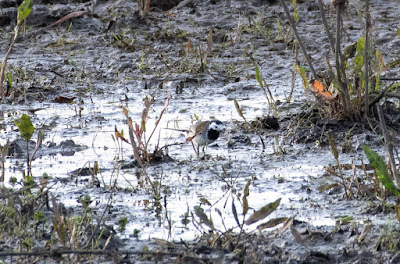 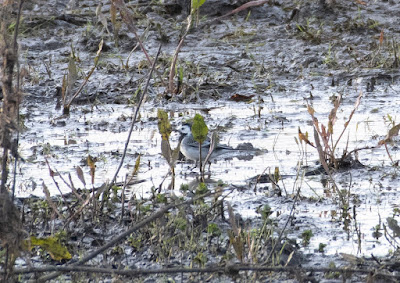 Tuesley was much quieter the following morning, while patch delivered little bar a Raven over Bonhurst Farm. Unstead was better – a flushed Water Rail from the South Meadow, the Cetti’s, a/the Kingfisher again by the Wey and two pairs of Shoveler on the Lagoon. The latter was quite a surprise given how dry the site is these days – my first here since 10 January 2016. 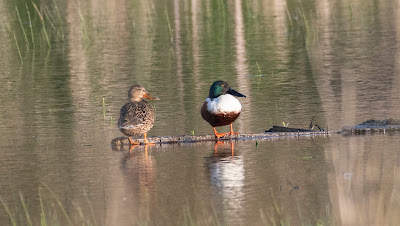 An afternoon walk at Shackleford produced my overdue first Peregrine for the site, as it bombed south, and a Ring-necked Parakeet over the village. Yesterday I rolled the Frensham dice again, but once more came up short. Tuesley and Shackleford were quiet too, while Unstead delivered two Ravens over (they must be nesting nearby) and a Lesser Black-backed Gull briefly on the deck … 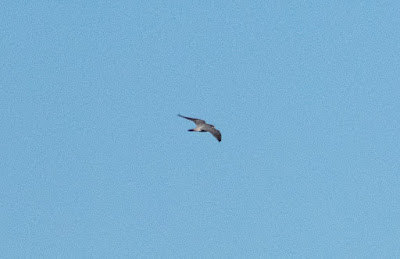 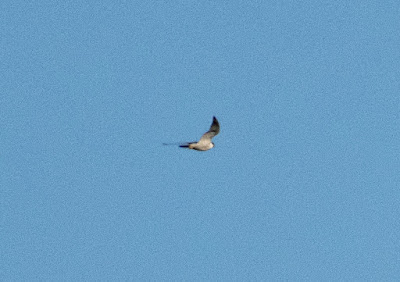 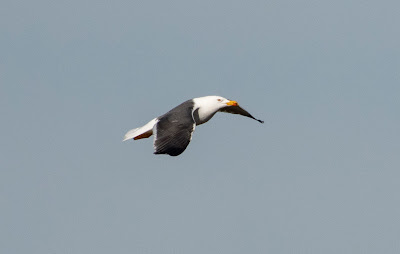 ... then it was lockdown. Birding from the flat will take centre stage and I'll be taking part in Steve G's excellent BWKM0 group. I have no garden per say, but this is tempered by a rather good view over the North Downs and Wey Valley (an advantage of being on the top floor). See more on my flat birding here. Noc-mig will probably run nightly now. This past week Water Rail and, amazingly, Barn Owl have been heard over the flat.

And, until the inevitable total shutdown due to people not following the rules, I will probably utilise the ‘exercise once a day’ and take my bins on a walk or cycle. With use of the latter, the river valley, Unstead and Tuesley are realistic. With luck, there will be an ‘other side’ of all this sooner rather than later. We may even be able to enjoy part of spring as usual. But for now, birding is paused.
Posted by Ed at 04:18