I've spent the last week in western Ireland, on Achill Island. Finding a North American landbird on this side of the pond is a lifelong goal of mine so, every now and again, I have to position myself out west. Migrant hunting is hard here. Unlike on the east coast or Northern Isles – or even inland – there is no steady trickle of warblers or chats and no vis-mig in the skies. Usually it's days of seeing nothing. We've had some joy so far and have broken up the long spells of seeing little by going to take in various bits nearby. It's a refreshing change of scenery if nothing else, even though I'd currently bite your arm off to see a Chiffchaff!

We left the island today, working some south Mayo and north Galway sites. A couple of hours between Corragaun Lough and Lough Baun produced a presumably the same juvenile Curlew Sandpiper that we had on 21st, plus one each of Grey and Golden Plovers and a juvenile Arctic Tern offshore.

We then headed to Omey Island to see if we could connect with an American Golden Plover or Buff-breasted Sandpiper found the previous day. We scored with the former, which was in with 25 European Golden Plovers and showed well, along close study of the broad supercilium, dusky underwing and sleeker structure. We also heard it call and watched it occasionally chase off it's European congeners, despite wishing to hang around with them having found itself the wrong side of the Atlantic! A smart, spangled and dusky bird and only my second … 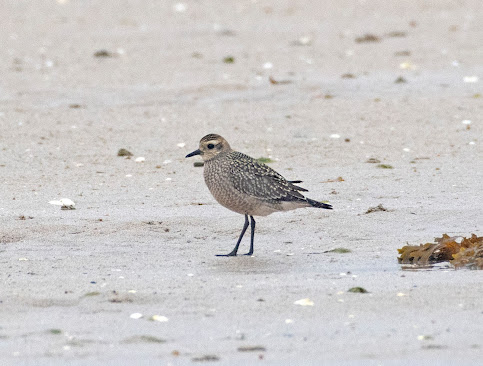 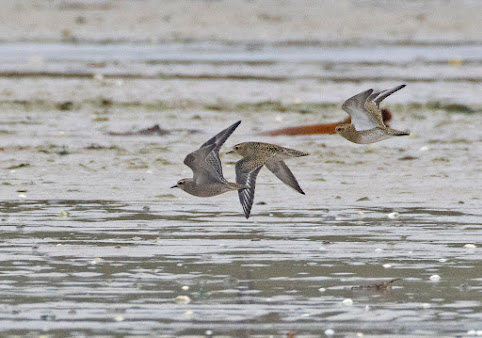 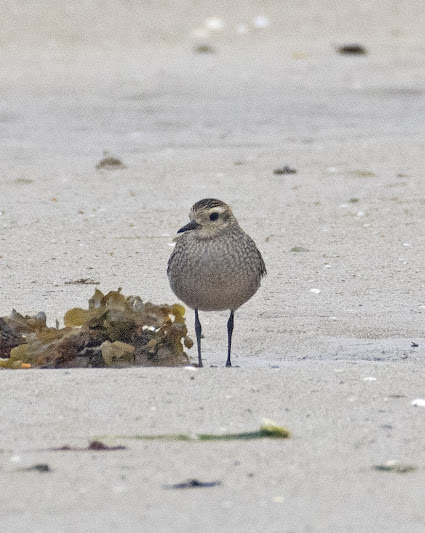 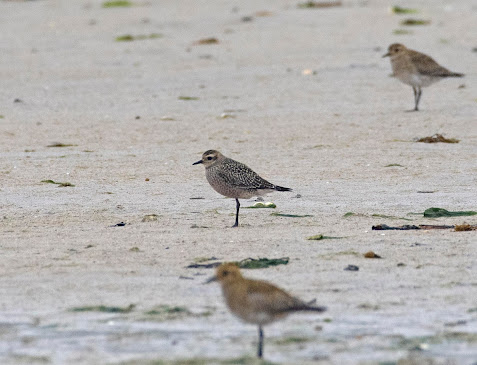 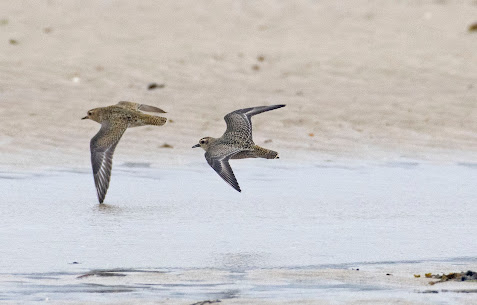 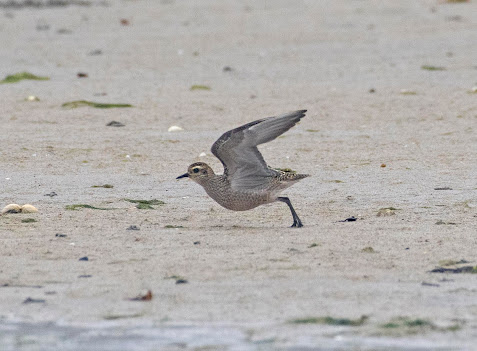 Unfortunately we couldn't locate the Buff-breast, though two Wheatears, a Kestrel, two Greenshanks and a roving group of Chough were present in the area the bird had been seen yesterday.

On the way back there was time to check the area around Achill Rovers, where the first proper find of the trip gave itself up: a first-year Ring-necked Duck on Lough Nambrack. The bird was motionless and looked knackered – presumably it was fresh in, and with the Atlantic in the background it was quite awe-inspiring to think this young bird, perhaps born on a Canadian lake several weeks back, had crossed some 3,500 km of open ocean to find itself at this spot. Hopefully not the last North American find of the trip …

A Water Rail here was a good local record, a Golden Plover flew over and some 150 Starlings were gathering for roost.

I headed out mid-morning to do the rounds on my temporary patch of Dooega village where I went one better than Thursday, recording 34 species. The only possible migrants of any form were two Goldcrests, and these along with two Coal Tits and a flyover Golden Plover were new patch birds for me. Four Shags were offshore, male Stonechat and Grey Wagtail were seen and the family of Swallows were still present.

A lazy day as a storm passed through in the morning. A mid-afternoon check of the Achill Rovers area produced five Choughs and two each of Tufted Duck and Little Grebe on Lough Doo, but there was no sign of the Ring-necked Duck.

It was bright and cool as I wandered around the village during a work break early afternoon. Amazingly this far north and west an adult Swallow was feeding young – surely they must be off soon. Rook, Kestrel and Grey Heron were new for my Dooega list but it was otherwise very quiet.

We headed to The Mullet Peninsula for a bit of seawatching. On the way, an Irish Dipper was espied on the Oweniny River at Bangor Erris. Upon arrival on the peninsula we headed to Cross Lough in order to connect with a couple of North American ducks, starting with a drake American Black Duck that's been here since November last year. The bird was distant but readily identifiable in with a flock of largely drake Mallards. Only my second in the Western Palearctic.

A drake American Wigeon had been found yesterday and it didn't take long to pick it out from a group of Eurasian Wigeon. The bird, in largely eclipse plumage, was also distant but the distinctly greyish and flecked head with a warmly coloured breast and flanks were notable in telescope, as were the white axillaries when it stretched wings.

We then moved on to Annagh Head for the seawatch. Unfortunately the conditions lifted during our stakeout meaning things fizzled out after a couple of hours, but we were still able to enjoy some decent bits including four juvenile Sabine's Gulls, which were the highlight. Some 150 Sooty Shearwaters also moved south, along with six Arctic Terns, three Arctic Skuas, eight Great Skuas, 500 Manx Shearwaters, 500 large alcids (mainly Razorbills) and 25 Kittiwakes.

I did a couple of spots on Achill early evening, noting my first island Shoveler on Sruhillbeg Lough. Some 28 Chough were mobbing a Raven at Achill Rovers FC but there wasn't much else to report.

The type of fast-moving low from America that you come out here for is hitting tonight, and today very much felt like the calm before the storm, with the sun shining regularly. I did a couple of sites in the morning, starting at Keel where a count of 10 Collared Doves, a Goldcrest and a Razorbill were arguable highlights. Lough Sruhill was a bit livelier afterwards. Here, nine wader species included five Greenshank and a Golden Plover, while 16 Red-breasted Mergansers loafed in the creek and an Irish Hare ran through the dunes.

The forecast suggested today would be unbirdable but by late morning it wasn't too horrendous, so we headed to the western tip of the island and flogged various sites back to Dooega, by which point we were knackered. We found no Yanks, alas – in fact we saw not one discernible passerine migrant! The best bird came at Corrymore – a high-flying Barnacle Goose than dropped in, having presumably arrived fresh from Greenland. I also got my best views yet of hibernicus Coal Tit in the extensive gardens here and at least seven Goldcrests were about. 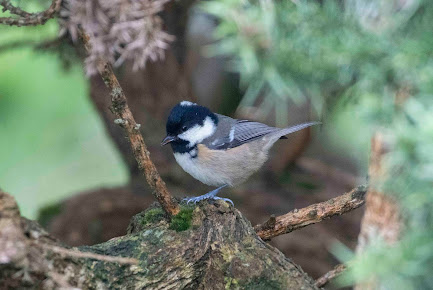 Afterwards, a pod of eight or more Bottlenose Dolphins were off Keel Beach and afforded good views. We ended back home at Dooega, where one of the Swallow families were zipping about in the rain. Four Snipe were a site first for me and included three in a damp paddock – perhaps new arrivals.